The Earth Element: A Complete Guide To Its Influence On The Earth Signs

Earth as an element is exactly what you would expect – grounded, feet firmly on the ground, solid and dependable.

It’s attached to the signs Taurus, Virgo and Capricorn, and please note that those belonging to Earth signs prefer not to take big risks – opting instead for the safer route. This translates into an emphasis on material things, and hard work.

Earth signs know how to put a plan into action and make it happen, often encouraging signs with other elements to share in their simple, logical view of the world.

Earth rules the Second, Sixth and Seventh Astrological Houses. This covers money and possessions, the quality of one’s daily work, and the permanence of one-to-one relationships.

The Earth element forms the very foundations for all other elements, after all, it is the ground upon which all live their lives. This represents an inherent need that is present in all – the realisation and reality of our dreams and desires.

The difficulty arises when the Earth element’s unmoving and set characteristics surface, and this is even more so the case when a person has many planets in Earth signs, but not enough in the Air element to maintain balance.

Judging by the name, Earth is the element of our planet, and this is something that should be remembered and considered when interpreting anyone’s chart – a lack of Earth may lead to a person having trouble grounding themselves, and connecting themselves to mother nature.

As mentioned already, those belonging to the Earth signs exhibit qualities that can be described as “grounded” – no matter what their ground is, the top floor of a high rise tower, or the rural single-floor cottage.

They’re the absolute best at organising and assessing tangible, physical things, which is important when you consider that the physical plane is the densest of all.

The builders of the zodiac – amassing possessions

Earth represents every physical thing in the material world – including our own bodies, our finances, our food, our daily routine, and everything else that goes with it.

Those who are heavily influenced by this element have a tendency to fall into an unchanging routine, sometimes for years, finding it very difficult to deviate from it – sometimes even scared to.

When challenged, they stick to their own habits, even if they don’t particularly like them, because they are convinced they have to. This could be staying in a job that they don’t like because of concerns regarding financial security for example, all whilst failing to acknowledge how their creativity could be used differently.

Earth signs are considered the builders of the zodiac – an important role given that all the elements are seen as the building blocks of nature.

Physical creation is a consistent goal for these individuals, whether it’s creating jobs, or a home, or creating a comfortable environment through acquiring possessions, they are all about the solidity that surrounds us.

Earth signs are at their happiest when they have collected a large number of worldly material items, though the risk here is that they can become greedy and find that their appetites are never satisfied.

The solidity that Earth signers exhibit manifests itself as responsibility, reliability, and a sense of duty. They are often the people that other signs can count on to be there during difficult times. Although they tend to be cautious and conservative – in both desire and approach – they are also sensualists, in that they do love a fine meal or a mature wine more so than any other element.

The black and white, logical thinking patterns of Earth signs are never taken for granted, and they can often exhibit strong recuperative qualities.

Those who are heavily influenced by the Earth element however do run the risk of getting so caught up in their objectives and tasks that they look past the feelings of others. It is fair to say that these individuals are more preoccupied by the destination, rather than the journey.

If you have ever heard someone being described as “earthly”, it is usually in reference to those who are orientated towards the reality of an idea, making them incredibly productive, and able to create real results.

They do need balancing elements however – in isolation they risk becoming workaholics, materialistic, stubborn or petty, running one way down the “all work and no play” cul-de-sac of life.

Given the nature of the Earth element, they love to spend time outdoors, and are well aware of their local flora and fauna – often leaving dirt on their hands!

That said, Earth signers are just as effective in urban environments too, since they are often the epicentres of high-level productivity.

They tend to base their thoughts and beliefs on the reality of the physical things around them, rather than listening to myths or creating associated meanings. Too much Earth element however can stifle things like inspiration or faith, and even a sense of purpose, for the long term.

Earth signers are with us so that they can shape, build and cultivate Earthly delights, they execute the ideas of others with unerring precision, balancing perfectly with dreamers and creators.

The direct influence of the Earth element 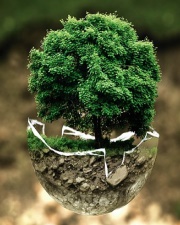 Of all the four elements, Earth is most connected to the physicality of life, exhibiting receptive qualities rather than aggression. This is the key to Earth signs potency – there is a strength and endurance found in these individuals, as well as a sense of pacifism too.

In many ways, Earth is the binary opposite to Air – Earth is heavy and passive, possessing qualities of darkness, thickness and quietness. This becomes apparent when you consider Earth in its physical manifestations: rocks, stones, crystals and gems. Both Earth and Air are the key to balancing one another.

Earth forms the basis and foundation of all other elements. It is the recipient of all the Sun’s rays, and provides the very platform for all things to exist. The Earth has always been involved in spells and rituals of prosperity and fertility and encompasses the realm of wisdom and strength.

With this in mind, it is easy to see why Earth is seen as the mother of all, with its fertile and nurturing land, providing all living things with nourishment and shelter.

This all-encompassing and protective nature means that Earth can take on qualities found in the other elements – whether it is the arid, dry and hot properties of Fire and Air, or the moist and fluid characteristics of water.

From Earth’s soil we’ve grown the food that nourishes life, we live our lives on the soil, and when our time on Earth comes to and end, we return to that very same soil.

Existing simply wouldn’t be possible without the Earth element – and our planet is the raw manifestation of this element on the physical plane. Each of the other elements exist in the astral planes in the form of pure energy, whilst the Earth not only exists within ourselves, but also throughout the entire universe.

How the three Earth signs use its influence

Whilst Earth signs all exhibit similar traits, each sign does express them in their own unique way. We’ll explore them here.

Taurus displays a deep connection and appreciation of the physical senses, and will often take command of preserving physical security. In direct opposition to Aries, which is fast and impulsive, Taurus loves to wait, and is capable of endless patience.

This can manifest itself as an unbreakable “never say die” attitude too, even when they perhaps should.

They aren’t afraid of hard work, and often showcase their responsibility, reliability and honesty in the process. Given that they are a fixed sign, they can be seen as stubborn, though another way of looking at this of course, is being solid.

Virgo will always put themselves forward to be of service to others, exhibiting a humble and flexible set of qualities that allows them to execute any task they commit to with expert precision.

A Virgo’s attention to detail has often led to a that of a bad reputation – in that they are seen as picky and critical, and find faults in the smallest of places.

The reason however, is that Virgo is Mercury ruled, much like Gemini, and therefore has the keenest eye for detail. Virgo is excellent at the particulars, and is a trouble-shooter extraordinaire.

As a result of this, Virgo finds itself at home when creating lists and schedules, more often than not, for other people. This energy is willing to adapt to any task – you can keep a Virgo happy by keeping it busy.

Capricorn exhibits extraordinary perseverance, climbing any mountain with a drive and determination seldom seen in other signs.

They make for brilliant authority figures as a result of this, instructing others and keeping everyone motivated and on the right path.

Off the back of this, Capricorns exercise caution and discipline, and tend to set down rules to live by. They set their boundaries and make their plans within those limits.

Contrary to popular belief, Capricorns are not entirely humourless – they actually possess the driest wit.

Choose the element you want to discover next: Earth is modeled by Fire, creates mud in the presence of Water and produces dust when combined with Air.

Negative Characteristics of the Earth Element

The singular focus on practicality does have its drawbacks for Earth signs. Primarily, this occurs through a lack of imagination, as these individuals perceive via what one sees or perceives with the other senses.

The inability to process thoughts and ideas that do not exist in the physical world can limit Earth signs potency, and can lead to a narrow minded view of the world.

The main challenge for Earth signs is to recognise and acknowledge something as interchangeable as Air – an element that is transparent, fast and unstable.

Those who are heavily influenced by this element can bring balance back into their lives by embracing spontaneity, shaking off well-used habits, and by not questioning decisions that they have already made.

They require a strong sense of purpose, with an unshakeable emotional connection. This takes lots of effort for someone like Virgo, taking Venus into fall.

To connect with the Air element, these individuals should read, take breaks, walk aimlessly and try to socialise as much as possible. Rather than embracing the written word, they should engage in verbal communication, more so with people who are constantly on the move.

Exercise and relaxation is also highly beneficial for restoring balance to an Earth sign, partaking in dances with loud music and a relaxed partner, as this helps prepare the physical body for change.