In astrology, Jupiter represents the planet of expansion, grand gestures, curiosity and building. This is a planet of good fortune, long distance travel, endeavours that have to do with higher education and the law.

Under its influence, people are more inclined towards exploring and gaining their freedom, towards taking risks and perhaps even gamble.

Jupiter is also associated with the king of gods and his symbol, the thunderbolt, and is the ruler of the ninth zodiac sign, Sagittarius.

The king of the other planets

Jupiter is a large planet with brightly coloured clouds and makes the fourth brightest object in the sky, after the Sun, the Moon and planet Venus.

About Jupiter in astrology

The great benefit or the great fortune, this planet transmits a sense of purpose and engagement with one’s surroundings. It is suggestive of generous endeavours and will raise the optimism levels of all natives.

It relates to matters of thinking, whether abstract or practical because it is the planet of intellectuality. It governs philosophers and religious matters along with matters of law, judgment and negotiations.

It is often associated with good reason, objective interpretation and the need to surface the truth no matter the consequences.

Prosperity can be achieved in many different ways and this planet seems to promote achievements through one’s passions and desires, rather than what the society claims it is dutiful.

Jupiter will increase possessions and widen horizons for those who channel positive energy around them and will help shape new realities, through good karma.

This planet instils purpose where this is about to get lost and will challenge human understandings and personal convictions.

This is also the planet of games, hobbies and relaxing activities. Jupiter is exalted in Cancer, weakened in Capricorn and in detriment in Gemini. 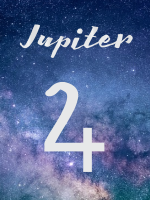 Humanity, understanding, philosophy and conviviality are some of the beneficial characteristics of Jupiter in astrology. It will lead to a spiritual individual who is generous and caring.

Jupiter as the giant planet emanates confidence and prosperity. It is one of the planets who govern results of hard work and further promotes expansion.

It positively aspects journeys of all sorts and attainment of higher education, even when natives are not very inclined towards studies. Talking about journeys, this planet will promote discovery through travel, rather than just exploring for entertainment purposes.

It governs moral and noble attitudes and will make the native more attentive to matters of justice and less inclined to succumb to temptations.

Too many accomplishments may also turn one into a rather complacent and lazy being. Too much kindness may make one feel that everyone is owing them something.

The danger of Jupiter is that of believing you are beyond others and that of thinking that you can have a saying on someone else’s life. This is also a planet of criticism and strong ideologies, even when these are not oriented in a constructive manner.

Jupiter’s influence may also lead to waste of potential or of resources and to excessive behaviours and denying authority. It may lead to disbelief’s in others and circumspection where there is not really need for it and also promotes a risk-taking attitude.