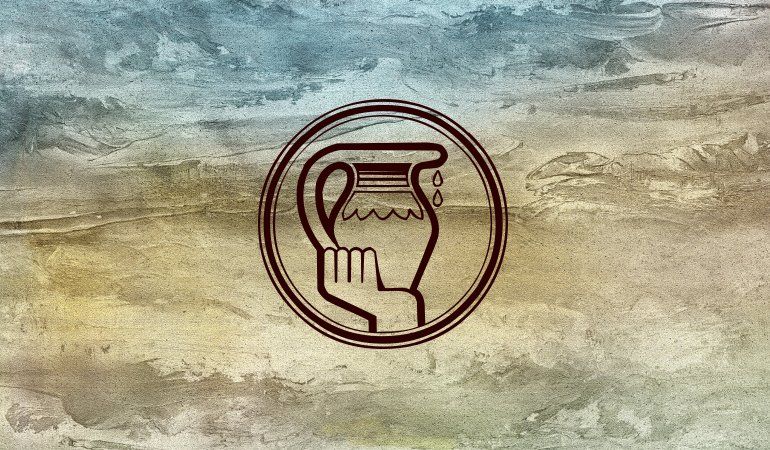 This August you are going to be one of those people who keep on smiling. As a matter of fact, you have a good sense of humor that’s being communicative, and your joy of living is quite contagious.

Until the 19th, things won’t change, but after the 3rd week, you might be feeling a bit physical as a result of too much excess and effort, so you will have to keep on going.

In order to have the best time, your friends are going to call you, so your days will be marked, whereas the atmosphere is going to be euphoric. The good month will be awaiting you, so you love spending your time with your family and little ones. Your loved ones are going to be the most essential if you want to be happy. You will enjoy some vacations with them as well.

Your smile is going to light up rooms, so you’re going to be giving back the most beautiful image that won’t change a single thing, to be honest. Everyone in your surroundings is going to appreciate your good humor and optimism. You will do other people only good. Keep your energy alive.

The profession that progressed during the last month is going to progress quite more, as Jupiter is going to enter the Leo sign on August 1st, so the planet Pluto, which is your career planet, will receive even more positive aspects than it did for the past month. Most planets will be on your chart’s horizon, inspiring you to be more ambitious.

On August 26th, Pluto is going to resume its direct movement, helping you to further advance in your profession and launch some issues that have been pending for some time, as well as some decisions and projects. Therefore, you will have your profession skyrocketing at the moment.

Many of the natives of this sign will receive a promotion or a raise at their workplace. Others are going to get some job offers from other companies, where their salary is going to increase. Take advantage of any opportunity to realize your ambitions.

When the 23rd is going to arrive, you’re going to conquer all your glory, which won’t be free, and the hard part is going to pay off. Uranus, which is your ruler, is going to continue to be in retrograde, and most planets are going to remain in the chart’s Western sector.

Other people will have all sort of opinions that you will value and see. Your health is going to be fine, but you need to relax and rest more, until August 23rd. The health programs will seem more interesting than they did before. You will prefer focusing on career and love life.

You prefer focusing on love life and career. Jupiter entering the sign of Leo is changing the entire romantic and social situation. Love will be happy and active.

In case you happen to be single, then you’re going to be presented with some real opportunities of meeting a special person. This is the person that will be waiting for you just around the corner. With the planet Mars still in the House of Love by August 29th, there will be power struggles in one of your relationships. The interpretation of this can be in many ways, it might indicate that one of your relationships is going to end and that a better one is going to begin, as well as the relationship you’re in is going to end for a better one to start again, of course, if you are ready to make the following step.

Jupiter in the 7th House is going to encourage marriage. Like a true Aquarius that you are, you will want your other half’s friendship, and this is what you will get. There will be a combination of friendship and romance.

After August 23rd, your 8th House is going to acquire power, making this period great for you to off your debts or take a loan in case you need it, attract the financial support of others, deal with tax matters, and most of the time, no longer make any excess with the body, by detoxifying and slimming down.

In your social life, as well as the material, or the emotional one, there will be false friends, financial waste, as well as emotional habits that are negative. Many planets are going to re-stimulate the points of the eclipse for this month, so even if you have a happy life, there will be some bumps on the road. Finances will be better after August 23rd.

Your company is going to expand. You will continue to recognize what facilitates your advantages, and this is going to be the best news. Being happy to work, you will work and succeed in doing so, so don’t try shaking some of your friends’ immobility.

Don’t be provoking them when it comes to ideas, as you will suffer all sort of unpleasant negative moments. As bonus, you’re going to feel as if you will be back from where you have started. Wait for the moment that’s right instead of chasing it. This will ensure you are safe.

From a financial point of view, you’d better hold on to your savings if you want to make it. Regardless of what’s happening, be reasonable. The weather will be calm, and you will be relaxed, which is going to be pleasant for you. You will approach this month with a good mood, and your relationship is going to evolve.

You will be happy with how your relationship with other people is evolving. Exchanges will be harmonious and easy, and you will release not only your confidence, but also your most beautiful energies. With your loved ones, you will have beautiful moments of intimacy and tenderness.

Everything between you two is going to be functional. When it comes to encounters, nothing can exactly be said, at least not until August 14th. You won’t try to be making any new friends, as your celibacy is going to be enjoyed.

As a matter of fact, you will only be enjoying yourself. Between going out and being invited to all sort of parties, you will only think about your wellbeing. When it comes to the way Water Bearers are seeing love, freedom is going to play a very important part, so any of the couples that is formed with possessiveness will have the tendency of dissolving during this part of the year.

Those of you who are really independent will have the best moment to resolve the pending conflicts that they have with their partner, as the dialogue with the other they care about, and love will reach a mutual understanding.

The time will be less optimal when it comes to making changes. It will be interesting to postpone all sort of innovations after the 24th of August. The month is going to be somehow convulsed, as the Aquarius natives will have somehow harmful experiences, which will happen until August 23rd and will be influenced by any sort of decision taken.

This means than more than ever, they need to think and after act. When doing so, they’re going to solve all their relationship pending problems, which is more convenient when it comes to work. As it has happened ever since the year’s beginning, there’s going to be some changes that will make it difficult for them to adapt, as well as more sensitive than usually.

It’s also very likely that they’re going to go on a trip with a friend or their partners. Progress with time. Those working in offices or factories will have any opportunity for progress, especially during the month’s second half, marking a milestone. If in spite the stars’ support, you have any claims to make, make them before August 20th, as this is when the planet Mercury is going to go in retrograde, complicating things.

Jupiter and the planet Uranus throughout the entire month and until August 14th, are going to operate all sort of healthy changes when it comes to the development of any activity for those natives who are practicing a liberal profession or running a business.

Everything is going to work without any news when it comes to profession. However, as of August 24th, many of the natives who will want to dedicate themselves to a different kind of activity. Yet before they make any decision in this direction, they need to reflect and calm down so that the suffocation experienced won’t lead them to a situation that’s only worsening.

As far as money is concerned, they will have to not overspend, as this would throw the balance from their budget out. This will have them not recovering too easy for the bad financial situation in which they’d be in.

While never as nervous as they were in previous months, some of the Aquarians are going to be afflicted by some circulatory issues. They will have cold feet and hands, which will indicate they’re suffering from any type of health issue.

Most of the time, as it has most likely happened to them sometime during such times in the year, the discomforts will appear as a result of overworking and having a sedentary lifestyle. They will need to not work so much and rest a bit more, as well as incorporate exercise into their lifestyle.

They should as well give up cigarettes, which will be the best measure for them to take into consideration, seeing that smoking causes the circulation to close, as well as some heart issues. While the month will be perfect for the Aquarius natives, there won’t be any tension in the moment, and they won’t have any nerves, as this is going to influence them at the physical level.

The supportive system will be the digestive one, which is going to start acknowledging the receipt of any tension and generate some discomforts. Some of these discomforts might worry the natives.

If they want to take care of their diet, they need to take things with calm and respect the everyday rest, as this will be their key to remaining balanced on the physical level. Also, they need order in their habits, as well as to recreate some more.