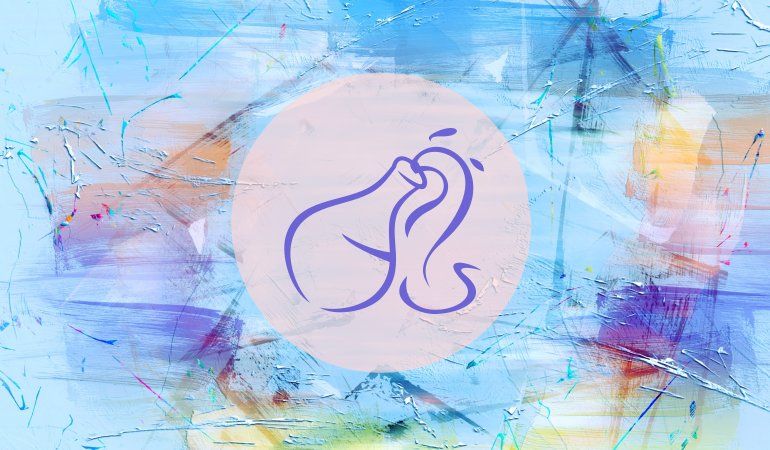 In the month’s beginning, you’re going to be in a perfect mood, so nothing is going to be reaching you. Either way, this is going to be the impression that you’ll be giving others. The people you love are going to be in search of your company, so your will of living will spread, meaning you will see your own happiness spreading.

Under some of the planets’ influence, you won’t be able to stay still, so illuminate your everyday life with your need of movement and the wish to make all sorts of new discoveries.

October is going to be setting the tone, so the month will continue keeping you in the right mood, which will be encouraging. When it comes to love, there will be a sweet complicity tying you to the person that you are in love with, so the feeling will do you only good.

As far as seduction goes, you won’t miss a single thing. At the workplace, from the 18th and further, things will start moving.

Aquarius, this month there will be two squares in T. The first square from last month has been discussed, being effective until October 15th, the date at which the faith crisis, as well as the professional one, must be somehow resolved. Your love, finances, personal desires, family, and career are going to be sorted.

All the interests will be pulling you in many different directions, meaning you will be conflicted and feel as if no one is ruling you. You will have the task to balance your life’s aspects and put as much harmony into them as you can, so that you can collaborate. The order will be tall.

Meanwhile, you’re going to be in good health, yet you will still need to relax and rest more starting with the 23rd. There will be the planetary power starting its shift from last month, from the Western sector to the Eastern one, so the month is going to have a complete movement.

You most likely have made all sorts of compromises, adjusted, and made other people happy for too long. This is a moment in which you need to learn the lessons of collaboration and teamwork. Now it’s the time for you to take the initiative, remain in charge of your own destiny, and have things happening as per your desires and will are pointing.

Obviously, you won’t be rude, nor go over other people. Simply, you’re going to take charge of what’s happening in your own life, setting your schedule and plans, as well as working on your own personal goals.

As far as yourself and your own life goes, you always know what’s best. You will keep on being tempted by the stranger, and after October 6th, travel is going to look only happy for you. There will be a New Moon on October 6th, a New Moon clarifying your travel plans.

There will also be all sorts of educational plans coming your way, so keep on studying them pending to the 6th. Take action in one way or the other, as you need to discern things when it comes to making any decision. Your profession will continue to work like a charm for you.

Your partner is going to support you a lot. In case you happen to be single, then you are going to find all sorts of romantic opportunities at the workplace and even might be having an affair with someone who’s a senior, someone who’s a boss or has something to do with your profession.

The dream won’t be hopeless. The social life will be more when it comes to power and the category you’re looking for. You will be attracted to those who are capable of helping you in your profession, as well as to those who can give you advice.

There will be power and wisdom coming in your path and making you happier for the month, so don’t expect to be turned on by any libido or the physical appearance of others. You will be basically fine with finances, yet you are going to work more than you usually do.

It’s important that you’re controlling your expenses, when it comes to social issues and technology. Neptune, which is your planet of money, is going to have its direct movement resumed on October 20th, restoring your financial judgment, which is going to be good.

You will continue to remain focused on profession, not to mention your domestic and family matters are going to be downplayed. Having your planet of family in retrograde, you will need to wait and see what’s going to happen next.

Lately, it will seem for you that you didn’t have any patience. This means your emotional relationships were deteriorated, so you weren’t satisfied at all with them. You will do what first needs to be done in order to finally express the wishes you have, so you will learn how to be happy, not to mention all sorts of pleasant surprises are going to appear in your path.

Your partner will try to send different touches your way, and it will work. You will have your relationship going perfectly well, so you will make plans for two. Before the month’s end, expect to receive a small gift, and this won’t be the case, then you need to organize things with the partner.

Single Aquarians, expect love and seduction to be in the air. Someone might try to cast on you a spell. You will provoke this person before they will be giving into their advances. The situations will seem compromised to begin with.

Since you were waiting for the biggest love story of your life, then there you go, you will have it. There will be incidences causing conflicts between you and your friends, as well as with your partner. You will need to pay attention and clarify things before misinterpretations are being given any room.

Love might come from going on a trip. Other Aquarius natives are going to identify one of their colleagues as their affinity, having their heart beating every time they will come across that person. In the meantime, the atmosphere is going to be tense, and they will be able to breathe at their workplace.

Aquarians won’t pay that much attention to their partner, and this is going to cause all sorts of conflicts that are varied. Because of the self-confidence and the sympathy of the planets Jupiter and Uranus, your House of personal resources will be enriched, not to mention that you will be capable of connecting with many of the people in your surroundings, establishing the deepest communication.

This is going to do you plenty of good. When facing any type of conflict, keep in mind that the month’s first week is going to be optimal to the maximum when it comes to reaching agreements. You will also move into a relationship of love, and this relationship will have the most serious possibility of lasting in time.

Those who are in love and married will as well have plenty of luck. There will be an open dialogue bringing them closer with every day that passes. And in addition to all this, there will be plans made, as well as pleasant trips organized, either these trips will be organized for pleasure or for work.

Starting with the 9th of October, when Venus is going to enter Scorpio, the natives are going to end up suffering from the effect of some irresponsible actions of those who are trying to have them discredited. On the other hand, at least these circumstances won’t harm their income sources.

Aquarians who will bet generously on their business are going to receive the compensation they deserve. Jupiter and Uranus’s in the Money House will bring a force that will make a good aspect when it comes to the work of dependent relationships. Obviously, the competition will have to be taken into account as well. Make sure you are handling competition.

Ensure your affairs are in place, as well as that the bad weather is going to pass. Your income is going to grow almost without any effort. In the same manner, those working in society are going to receive some benefits as well. They will need to make sure their savings are in order, avoid taking risks, as Uranus and Jupiter won’t be the best advisers when it comes to all this.

From the 2nd to the 27th, Venus is going to visit the 8th House of the Aquarius. This will translate into all sorts of chances of consolidating business and family legacies, this in case you’re conducting business with your partner or relatives.

However, there will be the opposition between the planet Venus in the 8th House and the planet Neptune in retrograde in the 2nd House on the 9th, indicating there’s reluctance when it comes to taking risks with investments. When the Vesta asteroid is going to enter the 8th House of the Aquarius on the 22nd, you’re going to turn into a more diplomatic person.

Moreover, you will be practical when trying to explain your proposals. When it comes to the professional sector, Mercury in retrograde in the 10th House of the Aquarius, from the 13th and until the 26th, will indicate that you are going to be involved in all sorts of conflicts with figures of authority. This means you don’t have to ask for salary increases, and neither for a promotion.

If you want to remain healthy, then you need to pay attention to what your inner being is saying. You will be stimulated by starting projects, as this is going to revitalize you from both a mental and a physical point of view.

During October’s last week, the natives are going to face some problems with labor, problems that won’t be as serious as they’re appearing to be. You need to ensure you have emotional stability and avoid any events that are anticipating.

If not, the emotional and mental exhaustion are going to undermine you. While the month is going to be serene in each and every area, it’s very likely that you’re going to end up suffering from a problem with your nerves.

This is why you need to take advantage of the time period so that you can work on yourself, practice a sport that’s non-competitive, and relax. Also, meditate, listen to some soft music, and remain connected to the outdoors as much as you can. Make sure to consume healthy foods as well, seeing that your entire digestive system is going to give you thanks.