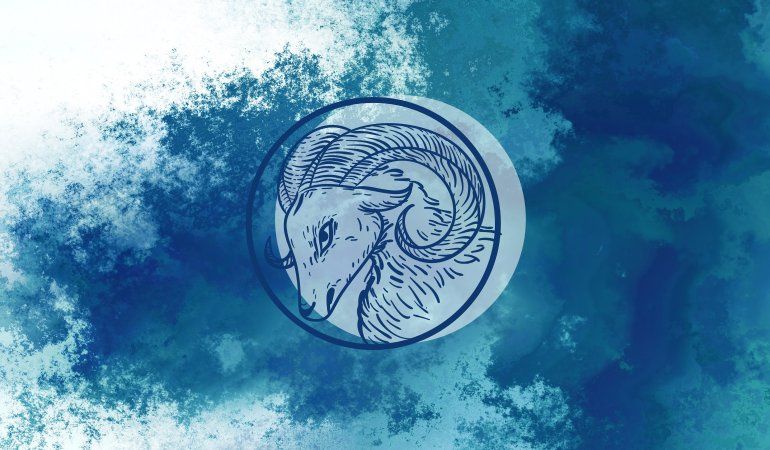 Being daring is going to finally pay for you, in the sense that you will close a lucrative deal/contract for your solutions to be easily found. When it comes to your lifestyle, nothing is going to change.

Starting with November the 13th and until the 16th, you will be concerned only about your family. The stars are going to bring an opportunity to make payments of bills. You will have control over your own decisions, not to mention you imposing your ideas for your goals to be achieved will come with no hesitation.

In spite of being cold outside, you will still enjoy the warming hearts of others, so you will carry out your projects with confidence.

There will be the best astral influences pushing you ahead, meaning you will engage with the people you care about and love, not to mention you will have your financial sector remaining stable for the entire month.

Venus’ activity will be incredibly good if you want to study purchases and investments, as well as for perfecting strategies and financial plans. The subjective activities will be increasingly more favored than the subjective ones. It’s the same when it comes to love.

You will feel as your relationship is numb, and this might be a renewal pause for you, something that’s going to teach you how to carry on with your romantic life. Allow your partner to be freer. Look at your relationship and see where things can improve.

Maybe this is going to make you see that there’s no point in continuing with the relationship. If this is the case, then you will have an idea about what needs to be done when the planet Venus is going to return to its direct motion, more precisely on the 21st.

Just like during the past month, there will be prosperity coming from helping others to prosper. Putting other people’s financial interests first won’t be at all easy, but this will be the magic that’s going to work for you. The time will also be good for paying off debts, cutting expenses, and making sure you’re not wasting.

In other words, you will have to act just like you acted last month. Having increased power in the 8th House, November will be a month in which you need to get rid of the junk you have gathered around the home, as well as your negative traits. Bad love and financial habits will be easy to correct for this time period.

Many will be the Rams prospering to see the value where other people are only seeing trash. Therefore, you can make profit from something that seems worthless, such as a company that’s in trouble, with a device that no longer works, and even with some land.

These things have value if you know where, as well as how to study them. Most planets will continue in the social and thus, Western Horoscope sector of the Aries. There will be the trends explained in the past few months, so don’t force anything, nor impose the way of doing things.

Allow your flow of life to happen. Have your positive social character developing and favor others. Don’t get involved in power struggles, make sure you’re adapting to circumstances on the road. This time period is not good for going solo.

Most planets are going to continue in the social and Western Horoscope sector of the Aries. The trends explained in the past few months will still be effective, so don’t try forcing things, nor you impose yourself. The Horoscope’s upper half is going to continue with is power.

Focus on your ambitions and profession, on what you have to give the world from this point of view. Let family and household matters rest for some time. Even if it won’t be possible for you to be completely neglectful of them, you can play on the downside for some time.

Venus is going to take some risks and offer you the opportunities of the most beautiful encounters. The period will be beneficial, and you’re going to play the seduction card.

You will have more entrepreneurial and motivating wishes than ever, yet in case there will be doubt occupying your thoughts, then you will no longer need to look for any excuse, as the stars are going to propose you to work on your dreams. You and your partner will be on the same wavelength, which is going to be good for you.

Starting with the 16th, you will be carrying out all sorts of joint projects, making and effort to remain motivated, as the turn of events will satisfy you completely. You will love the pleasures offered by the couple life.

The month’s beginning won’t be conducive when it comes to dating. You won’t have any need or desire, preferring to remain dedicated to the business. When it comes to the love situation, things are going to take a positive turn starting with the 20th. You will start a new love story in a very discreet manner.

Things are going to run on their rails. For the time being in which natives will be able to control their will and not prioritize themselves anymore, things are going to run perfectly for them. As far as their private life goes, there will be the chance of establishing the frankest dialogue with the partner so that an agreement is reached, and their satisfaction level increases.

The tendency for infidelity is going to increase. However, if they do commit infidelity, then they’re going to regret what they have done soon. However, it will be too late for them, and they will discover that everything was lost for them.

Those natives who are alone will be given multiple chances to meet the person they dream about when going to work. This will happen more towards the period’s end. Lovers and couples that are established will experience acute crisis moments.

They will experience emotional swings when it comes to manifesting their feelings as a result of Venus’ retrograde, which will arrive from the Scorpio and after from Libra, cutting off the way they happily express their intimate desires.

Starting with the 19th, the direct position of Venus is going to gradually be improved, obstructing emotional matters, meaning the relationship will end happily. Aries people who are drawing will be happily enjoy intimacy with those who think like them, and chance has brought them into their life.

The period will be one in which public recognition and support from the peers is going to be received, as the natives will be appreciated for their generosity and for being sincere. There will be some issues on pending, as well as procedures, resolved fast for the month’s first part.

Starting with the 13th, Aries people who are traveling abroad for work will need to be reinforcing their caution so that they don’t become too excited about the agreements promising them a lot but that might end up in being frauds.

November is going to end with all sorts of announcements that are favorable, as well as an appointment that has been long waited for. Those who work in offices and factories have to remain patient, avoiding confronting their superiors until the 18th of November.

Starting with the 19th, obstacles will be unblocked, and the more they will learn to be calm, without facing any interruption that’s inopportune, the more they’re going to receive the proposals to make changes, which will end very favorably for them.

Those who are self-employed will make all sorts of good deals. The heaven will work in their interest, allowing them to remain connected with all sorts of new people that will allow them to grow from an economical point of view.

Uranus is going to be inviting when it comes to thinking outside of the proverbial box, studying the alternative management and investment methods in the company of someone who’s financially advising people.

Mercury is going to be favorable when it comes to renegotiating terms of payment, consulting with an advisor of insurance, as well as informing about saving and credit investments.

Being naturally impatient, they will have the obstacles that need to be overcome for the month driving them crazy. In this manner, their nervous system is going to be destabilized. The more they don’t remain calm and stop their reaction impulse, the more this is going to happen for them.

For the month of November, Aries natives are going to face the ideal work period to put their body to use, do gymnastics systematically, or do any sports in which competition is involved. In conclusion, their excess energy is going to be spent, as well as a positive attitude leading them towards building their own body. Walking out in the open will have them feeling fulfilled.

Their health will be good, except that they will experience some nervous tension that won’t be expressed. However, this tension will be accompanying them almost all the time, and especially in the subconscious plane.

Many will be the natives feeling irritated, as well as having a bad mood. And they won’t know what’s causing them to feel the way they are feeling. Hearty and spicy foods will have to be avoided. The more they will conduct themselves orderly, the healthier they will be.

Starting with the 12th they will have to release their tensions more than anything, and this will be done by practicing sports. Older Arians will need to hike as much as they can.