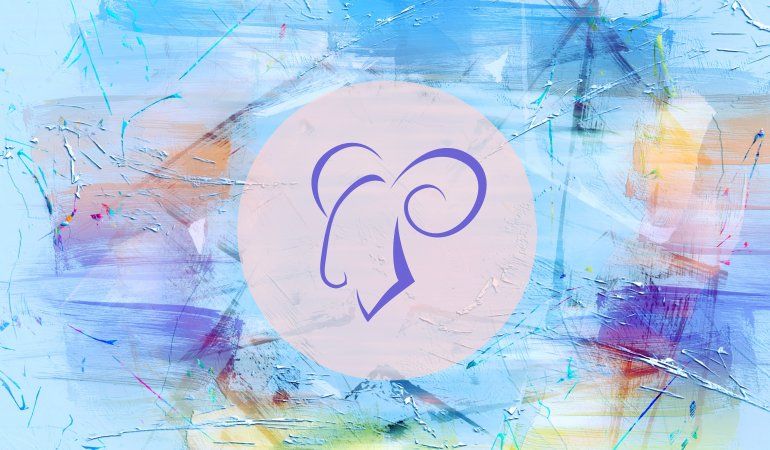 For the month’s first week, the family situation at your home is going to be experiencing a brand new dynamic. In case there are old conflicts affecting the people in your family, then you’re going to be just calm.

The atmosphere will be sweet, and your bonds will bring you closer to an improved communication with everyone you care about and love. At work, right until the 13th, you really won’t have any idea about who’s sincere or not, so you’re going to be suspicious.

At least someone you’re collaborating with is going to congratulate you, so you are going to let your guard down. Around October 19th, there will be all sorts of new proposals coming in, so you will be asked to work in a different place, so your new responsibilities are going to change.

When it comes to your loved ones, things are going to take a slow turn, so you are going to remain independent, yet it would be a good idea for you to take into consideration a great opportunity arising.

A lot of what has been said during the last month is going to remain being valid, and especially until the 6th. Discriminate and discern, so don’t take into account what’s according to the apparent value until confirmation arrives. Don’t confuse the words with commitments and acts.

There will be all sort of strong social impulses, even more accentuated from the 15th of October, the day in which Mars, your Horoscope’s solar lord, is going to enter Libra, the 7th House of the Aries. The social period is going to be strong.

There will be some difficulties that even if necessary, they will have you putting other people first and considering what opinions they have. Just like during the past month, you won’t probably have the best way of doing things, and your personal will is going to very likely be given up.

Adapt and try to leave your Arian behavior a little bit behind. You’re going to be popular and make an effort to help your friends, as well as to be loved. You will have good coming your way in ways in which you didn’t even have any ideas about.

There will be all sort of professional affairs driving you, not to mention that your external success is going to become stronger starting with the 15th, when the planet Mars is going to meet 60 to 70% of planets from above the horizon.

Put family and household matters aside for some time, deciding to remain focused on profession. While your health will be good, it won’t be up to your standards, so relax and rest more, at least until the 23rd of October.

This month is going to be one in which you need to learn what patience means, when it comes to both finances and love. Venus, the Aries’s planet of money and love, is going to make a retrograde of exceptional proportions in the sign’s 8th House, beginning this movement on October 10th. This won’t be paralyzing neither the income, nor the love, but there are going to be some complications arising.

A romance is going to recede and not go forward anymore, not to mention that the social standard will no longer be up to standards. You need to take extra caution with love, as it’s going to be prevented from happening.

In your current relationship, there’s going to be the need to leave some room for breathing and reassessing. Starting with the 10th, it’s a good idea to make all sort of drastic decisions when it comes to finances and love.

Like in the past month, there will be prosperity coming from helping others to prosper. However, Venus’s retrograde movement from the 10th is going to indicate there are going to be late payments being made, as well as tax claims and setbacks with insurance.

Be perseverant and don’t make anything worse by being negative. This will still be the best time to make financial plans for the future, as well as to conduct negotiations and make all sort of research purchases and investments that will help you reduce your waste and spending.

All your ambitions are going to be affecting the emotional life that you have, so be careful with how much you want to be all alone, as this might upset some people who have the best intentions with you. Around October 16th, you will have the wish to explore new horizons in a discreet manner, so schedule a period of quiet so that you can disconnect.

Your decision will be to take things off. If there are some words exceeding the thoughts you’re having, as well as if you’re feeling that your comments have gone somehow too far, then expect your spouse to have beneficial patience with you.

Remain objective and keep your eyes open. You will have your relationship being stronger than you have ever imagined. You will be sick of celibacy, yet not quite ready to make some real tries. Around October 10th, there will be a choice that you will have to make.

You need to either be perseverant with celibacy or just move on with anything else. The stars are going to be offering you the real opportunity of living a love story that’s beautiful. In case you will have the temptation to explore another person’s character, then your suspicion is going to increase.

Don’t have any fear and enjoy what the moment has to offer. There will be all sorts of conflicting feelings invading you. On one hand, these feelings will be trying to harmonize things. The natives will allow their partner to do whatever he or she wants, and not put any brakes in their path. This will be upsetting yet won’t cause any trifles.

The climate that’s ambivalent is going to continue through the month’s first week. As a consequence, there will be the most irresistible magnetism that is going to exist, as far as attracting and seducing people goes. No one will be able to refuse the requirements of the Aries. It would be the best idea to talk in order to have things smoothening.

There will be only the risk of the natives wanting to be domineering. Caution! Those couples who are married or in a relationship are going to go through moments of crisis for the entire month. They will be used with their companions and not be able to handle coming across the limit, as well as the order that’s imposed on themselves, as a result of Saturn’s negative energy.

If they can remain calm, then they’re going to recognize just what’s been limiting them and what seemed to be an offense. There will be their partners that are going to help them achieve their goals and have a balanced life. Single Arieses, those who will be under the Mars and Venus in Scorpio, will become able of expressing their own wishes, living up the fieriest of adventures, this especially until October 8th.

Arieses will need to make some efforts in order to determine the path that’s the most convenient for them, as well as to analyze how they’re making the decisions. After the 7th, it’s going to be very important for them to use all their goodwill if they want to escape the friction they’re usually encountering with the people that are associated with them.

Lacking diplomacy is going to lead to conflicts, whereas issues that are unresolved will keep on being undefined. For the month’s last week, the things are going to keep on resuming the march they’re having.

On the other hand, Aries natives will need to remain firm on their own two feet, as time is going to send some traps their way. Remain patient. October will be the month in which progress will be tracked when it comes to labor.

The planetary influences are going to be dense, blocking the path leading to dialogue and balance. However, in case they’re acting with cautiousness and plenty of responsibility, their functions are going to be fulfilled. Those who are involved in a relationship of dependency, will receive their rewards with time.

Be patient, as October won’t be progressing too much when it comes to labor. There will be dense influences of planets blocking the path of those who are self-employed and able to maintain their economic situation by learning how to respect others and taking good care of their own reactions.

Until October 8th, the period will be good for enconomical improvement and making investments. You may need to enhance some of your work qualities. The more you know how selling yourself works, the more you should work on it as much as you can.

This is a month that’s going to be difficult internally, seeing you’re going to spend more than you have, not to mention you will need to earn more in order to compensate for the suffered losses. This might end up being a big problem affecting certain key aspects of your life.

You might end up being overexerted, which is going to complicate your work days, not to mention that you might need to make some changes in your life.

You will complain about headaches, discomfort in your joints, as well as some respiratory issues that are going to be minor, so you will need to review where these disorders are coming from. You will live under stress and have some anger outbursts that are going to cause you to be a bit sick.

You won’t need any psychological treatment, yet you will achieve the most rapid progress when a therapist is going to guide you. Those natives who are more flexible, will have a great time if they employ unconventional therapies such as Systemic or Gestalt.

They will progress and have any obstacle that seems to be impossible to overcome disappear by magic. Their nervous system is going to altered because there will be many challenges for the body of the natives. Loosen the tension by practicing sports outside and at the gym.

Massage sessions might as well be helpful. Keep in mind that your blood pressure will increase if you keep your body under tension. Make the effort to consume healthy foods and go to the doctor from time to time, as to symptoms not to appear.