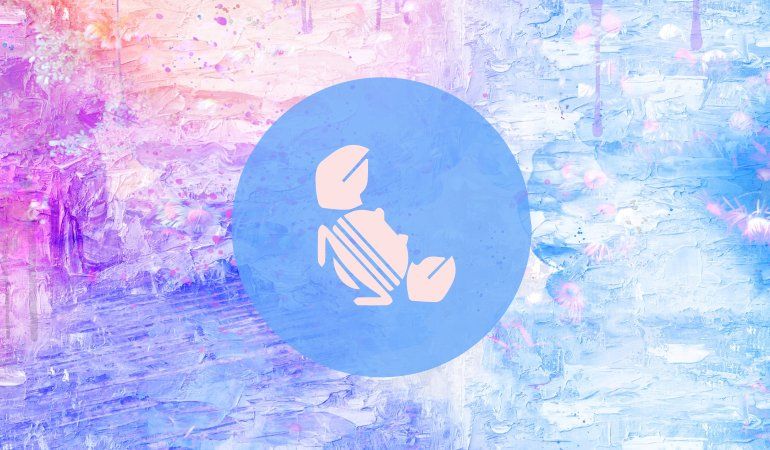 The changes that are big in 2023 will be on their way, so bank them. You need to put your trust in the people in your surroundings, as there won’t be the time for you to pass misjudgements.

Work in the direction of achieving success with your endeavours. Invest your energy into this success. Throughout the entire year, it’s possible that you will be asked to no longer live in your comfort zone, so don’t have a second thought about it.

It will be a very good moment for other people to get to know the Cancer. The entire year, be proud and dignified. Don’t despair, no matter what. There will be many surprises in store in the labor and professional area.

As far as career goes, this year, you’re going to get rewards from your past efforts. Those who have been spending 2022 studying or retraining are going to come across work opportunities that will make their life easier now.

After March, there will be a sudden breakthrough giving people a brand-new direction in life, as well as new work opportunities. When it comes to the family life, this will be peaceful for the entire year, and the possibility of a very happy celebration is going to appear in the middle of June.

Financial affairs are going to be stable in a relative manner, but you’re going to benefit a lot from them if you talk with a professional advisor that can give you financial opportunities starting with the month of July.

Pluto, the planet that’s bearing resounding changes, will be traveling through the 6th House of the Cancer, this area being linked to work among other things, and generating all sort of convulsions that are going to lead to all sort of new routes.

The planet Saturn is going to support the crusade from the sign of Aries, allowing the people born in Cancer to consolidate their delayed and important professional goals. Obviously, storms will need to be endured, storms that will more than often hurt the sensitive nature that they have. It will have to be considered that Cancer natives will have to avoid being displeased if there is for power struggles and conflicts with authority figures to be managed.

The most important tasks are going to be entrusted to the Cancers, and appeal to their own natural tenacity and perception. Perfection will be carried out completely. However, more than once, the moods will be declining, especially when the natives won’t get the understanding needed for their affective mood for bonding.

Professional and social demands are going to have them neglecting their affections and their partner in general, which will open inner wounds, having them stumbling when needing to no longer be contained but supported by their loved ones.

Thus, the Cancers will spend long times trying to balance the outside world and make demands to the intimate life, which is what the homey Cancer needs. Thus, the natives will not all the time be capable of enjoying the extraordinary work period of 2023.

If the times can’t be equalized and the person can’t be calm, the tension that’s going to be generated is going to affect their digestive and bone system, so their physicality. By having an orderly lifestyle and getting plenty of rest, adopting a natural diet, and doing some gymnastics that allows relaxation, the Cancer will learn how coping with conflicts works.

The Nature has given Cancers amazing sensitivity and the understanding when it comes to supporting and protecting the people in need, as well as a sharp introversion preventing them from no longer having any pain afflicting them and releasing the emotions that are overwhelming.

However, when they don’t have a goal that changes their nature, the year is opening for them, with infinite paths that allow the sweeping of the anguish and the sorrow, by contact with the people who are proposing different therapy alternatives to solve contradictions between the intimate and external world.

All this is going to arrive through the planet Uranus’s expansive and liberating influence, as well as of Jupiter’s. There will be many Crabs, this year, experiencing unusual and surprising development of intuition and the anticipation of the future.

The 7th House, that of Marriage and Love is not at all this year a powerhouse. On the contrary, it’s 3 eclipses that guarantee plenty of change and action. For those who are single, it indicates marriage. You’re going to be asked to make decisions when it comes to a relationship that keeps on going.

Things will either become serious or just dissolve. There will be an eclipse not allowing you to keep the fence active. For those Cancers who are married, the eclipses are indicating there will be relationship crises. There will be defects appearing, defects that you had no idea they have appeared, and you will have to deal with them.

The good relationships are only going to get stronger, whereas the weak ones are going to be in some sort of danger. Saturn’s movements, the Cancer’s planet of love, is also going to add difficulties. For this planet, which is slow, the changes signs are going to appear fast.

Thus, your attitudes and needs as far as love goes are going to change. You’re going to feel as if you need some different things from your relationship. Seeing that the planet Saturn was in the sign of Taurus for 2022 and most of 2023, you only wanted the basics in a relationship.

Financial support, physical intimacy, and a security sense, these will all be Saturn’s movement into the Gemini sign, which is going to happen next year. You will ask for intellectual connections, conversation, communication, as well as the exchange of spiritual ideas.

These are the factors that, when combined with eclipses happening, are going to cause different and complex crises. Singles are going to find their love in different organizations and professional environments they’re part of. Maybe a love story is going to begin on the Internet or via email.

This is a year in which astrology will play the biggest love role. During winter, Jupiter in conjunction with the Cancer’s planet of love, will bring about many love opportunities. But this development will have to wait.

For those Cancers who are married, the conjunction of Jupiter with Saturn, the love planet, is indicating that there’s an opportunity to deepen and improve the relationship you’re in, as well as the arrival of significant friends that are new.

The Moon’s South Node is going to enter on April the 10th, the House of marriage. This indicates accentuated sex activity if you’re getting married. Passions and instincts will be awakened, and the endings will be either sad or happy.

This is going to have a mixed impact on the profession and work perspectives. You need to put all sort of efforts in continuous into practice, especially if you want to achieve success with your business.

Since the planet Saturn will be in your 8th House, many of the people who are in competition with you are going to create some sort of obstacles and hinder you from work, which will have an impact in your general work routine.

After the 22nd of April, there might be some cooperation from people who are higher officials or seniors. There will be the probability for being promoted at work. You will gain from land-related pursuits.

An independent business will bring you handsome gains. This is a year in which the economic aspect is yielding. A lot of wealth is going to arrive as a result of expending wealth, but savings will not be ensured. Avoid spending too much money.

After the 22nd, as a result of Jupiter in the 22nd and 4th House, the planning of purchasing lands, vehicle and building ornaments and gemstones are going to be put into practice. There will be some expenses on some family ceremonies.

In case you want to make some bigger investment, don’t execute them for a while. If a dispute is happening over some property, then you need to make decisions in this direction, but the decision might not appear to be in your favor or successful.

This is a year with moderate favors for family perspective. In the year’s beginning, there will be differences of opinion cropped up with someone in the family, as Ketu and Rahu on the 4th House is going to have to resolve issues by applying wits, self-confidence, and understanding.

You will get more prestige and a higher social rank because Jupiter will be in the 3rd House. After the 22nd of April, the family will have favorable results turning into it. You will bag the cooperation of the members who are older in your family, which will provide some mental satisfaction and happiness.

You will have more attraction for the family and pay a lot of attention to your father’s health. Antagonistic situations might exist with the people who are your in-laws, so be careful. The year will be attacked with projects and ideas under your own arm, so you won’t have the opportunity to achieve your objectives.

In March’s beginning, the planet Saturn transferring in the sign of Pisces is inspiring you to reflect. Your experience will be highlighted. In the month of May, Jupiter passing in Taurus will project a specific dream or idea.

The influences of this planet are synchronizing the good people and the opportunity that’s knocking on the door. With the help of the planet Mars in the signs of Cancer, Scorpio, or Virgo, you will have what it takes to start and without taking any extravagant risk.

The 2023 planetary alignments are indicating there will be good health for the people born in Cancer, as well as excitement with time. They won’t go through any life-threatening issues. It’s indicated for them that they take good care of themselves, sleep, and rest.

Their circulatory and nervous systems are going to be mixed in a very careful manner. You’re going to have the perfect immunity you need to overcome and withstand communication illnesses.

Remain active and alive, while Mars is going to give you its best resources of energy. Your mental and physical health should be at their best during this year. Enjoy the good things. Pay attention to what you’re eating and be moderate.

Be active and spend your time outside. Some people born in Cancer might sometimes be even more active. Be cool and in tune. Work in the sense of balancing your hormones. This is a good time period to no longer drink and smoke as well.