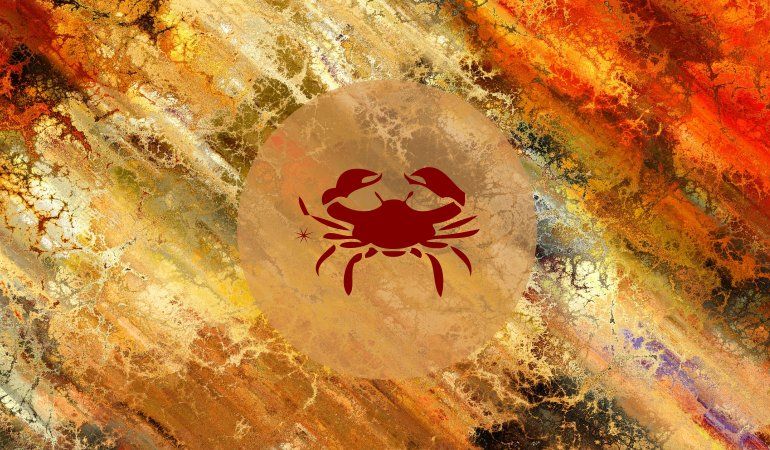 Starting with September 3rd, you are leading your own projects. The planets will give you some energy, so you will put your memories of vacation aside, immersing yourself into work. You will have plenty of vitality, not to mention that you will impressively want success.

Your closest environment is going to give you the most valuable support, so you will have your time for revenge. Your strengths will still be by your side and your best friends, the ones giving you what you need in order to keep on going.

If you need them, then use them. You are so determined that you have wings, especially around September 15th, so no one can stand in your path. From a personal point of view, there will be some issues that you need to take into consideration around the 25th. Don’t worry, everything is going to be just fine.

During the month of September, the Water element, your element, will once again, have too little power. You need to be empathic, sensitive, and compassionate, but these qualities are going to be missing from you at this time.

When repressing their feelings, people are dangerous and at the end, they end up exploding, so you never know what might be with them. Be gentle when walking with others and don’t become depressed if by accident, a mine is being detonated.

There will also be some happy trade-offs. Just like during the past month, most planets will be under your chart’s horizon. Your 4th House is going to be stronger than the past month. You will have your attention directed to those aspects of your life that you want the most to work for you, and this is going to make you happy.

You might have the virtues that are no longer in trend, but you will still be appreciated by your family. You will enjoy the simple pleasures of home and family, of having love and receiving it, as well as attention and other things that can’t ever be identified as out of the trend.

Until the 8th, there will still be the best time to redecorate your home and make it more beautiful so that you can host parties and gatherings at home.

On September 14th, the planet Mercury is going to start its retrograde in your sign’s 4th House, meaning you need to be more careful when it comes to the way you’re communicating with the people in your family. Take some precautions to avoid the explosions that are going to happen later.

Ensure you’re saying just what you want so that people can understand you. Whenever needed, ask for confirmation, especially if the messages are not clear. In September 2022, you will be in a situation that has reached its peak, one in which there will be a shift in the planetary power, from the East to the West sector, a transfer that’s going to complete on September 23rd.

This is going to inaugurate being less wilful and better at socializing. It will be more important for you to understand viewpoints and positions. Your actions for freedom are going to decrease when in comparison what happened in the past months, yet you will have an increase in popularity and sympathy.

Until the 23rd, you should enjoy being at your best. You will have moments of independency and moments in which you’re going to be imposing. There will also be times when you will be both, as the situation is going to demand it of you.

When it comes to feelings, it can’t be said that you’re going to be an attacker, as you will prioritize the professional life. You will see later what the rest can bring. Remember that you’re not in power of control, yet you need to be happy with what results you’re achieving.

According to the stars, your romantic connections need to be spiced up. You can’t see things clearly, as everything is in black and white. Your partner will have issues being after you. It would be safe for you to not establish a routine.

It will be at the 21st and around that love is going to send you signals. As a matter of fact, there might be the chance that you’re going to meet people who are going to make you softer. From this point on, you will have your love situation evolving very rapidly.

As a matter of fact, you might meet someone who’s going to soften you more. From this point on, you’re going to be releasing what’s inside your heart, and the love situation is going to quickly evolve. There will be all sort of simple details, and not any more significant, you will be allowed to fairly assess the romantic ties that you have.

Those who aren’t in a relationship yet are going to communicate more, be tender and attentive. They will free themselves of any resistance and become Cupid’s victims.

After the 15th, there will less dense and clear clouds advancing over the natives born in Cancer, and the romance will be endangered. The emotional balance will be needed more than ever, for the storm coming to be weathered.

For the month of September, there will be excellent relationships of work and the most generous resources for the Cancer. The natives will retrospectively have a look at how their life has worked in the past, which is going to allow them to have mistakes corrected and make a course change.

If they study with calm and don’t invest any effort, as well as neither resources, then the proper conclusions are going to be reached and the error margin minimized. From the month’s last week an onwards, the natives are going to have what they need in order to reactivate their new projects, as well as their delayed ones.

Those working in a relationship of dependency will need to go to the patience arms, as from this time period onwards, they will be encouraged with all sorts of proposals. The month’s first days will receive the help of the planet Jupiter, yet the results of this occurrence will be observed only starting with September 15th.

Those are self-employed or work in partnerships will have to their part and be very careful. Some other workers will have the best month, carrying you with their projects and setting their foundations for the most promising future. They shouldn’t decline what’s going on and continue with their advancement.

Finances might take a turn that’s positive, as a result of Venus being present in the 2nd House of the Cancer, starting with the 9th. This is an astrological placement that’s facilitating transactions at the bank, real estate operations, as well as creative and artistic collaborations.

However, Ceres entering in retrograde the 8th House of the Cancer on the 27th, might generate some tensions at home or between the partners, for all sorts of financial reasons. While natives might have a difficult time delegating their business to some other people, they will need to face fears if they want to advance personally and professionally.

At work, there will be the New Moon in the sign of the Virgo on the 17th, that’s going to reach the 3rd House of the Cancer and lead to an opportunity of promoting a new or old project, as well as participate at formative nature activities.

In this direction, there will be asteroid Juno entering the sign’s 5th House on the 20th, speaking of how the native should materialize ideas, take the initiative, or fight for a cause with great emotional value. With Mercury visiting the 5th House of the sign starting with the 27th, there’s the suggestion that there’s going to be the creative channels being put to use.

The decisions that are relevant won’t be taken on the spot. While the communication planet is going to retrograde in the 5th House of Cancer, starting with October 13 and until the 27th, it would be a good idea to observe and make suggestions before implementing your ideas.

The natives are going to be inclined to practice some physical activities and sports, and especially in aquatic surroundings. They could take up swimming, fishing, or rowing. As far as eating goes, they should consume more fish, as this food has plenty of phosphorus and helps them no longer have intellectual imbalances, neither any melancholic state.

September is going to be conducive for those who are looking to lose weight. They should follow a good diet. More sensitive and nervous, they will sometimes have weaker points and pay attention to them during the month.

Their digestive system and the stomach especially are going to have to pay for the consequences of their emotions that have stagnated inside of them and haven’t been expressed. Women should pay special attention, as a result of the transit planetary density. For problems to be avoided, alternative therapies for balancing should be used.