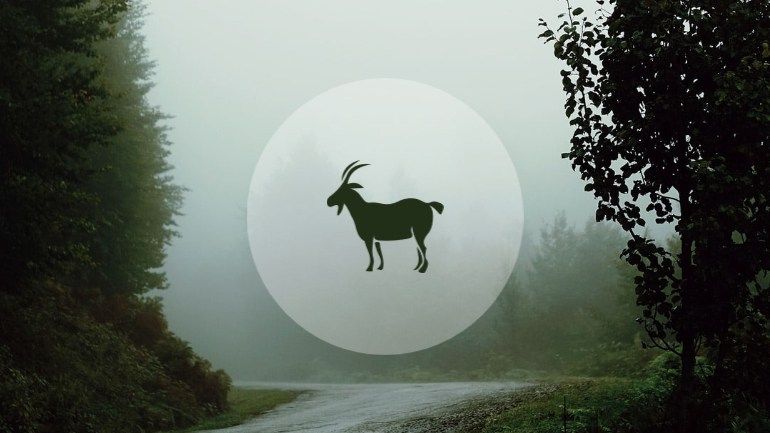 Slow is better than fast this April and you may find that the changes that are starting on a slow or rough patch are going to be the ones that endure. Also, your plans may, after a while, get a boost from someone in the family or someone in your extended entourage, the friend of a friend.

Uncertainties about your role and responsibilities at home might bother you, so communicating with your loved one could clarify and define the situation for you. A brother or a close relative might teach you a thing or two about finances.

During the second half of April some emotions might get in the way. The lines of communication with your partner will be smoothly open, so you will be able to accomplish many things regarding future plans.

April will bring positive energy not just to Capricorns alone. The influence of Venus will always appeal to you, you will enjoy exploring and having many experiences, dealing with acquaintances and friends. Finally, you are not afraid to go out there in search for your real happiness. In your career, you will have a neutral period or at least is appears like nothing threatens you at the moment.

The advice for you at the start of April is to try not to be elusive in the way you communicate, because otherwise big problems will arise.

At the same time, you enjoy a harmonious atmosphere in the workplace and good understanding with colleagues, but keep in mind that there is a risk of ending up with some difficult tasks. During or around the 10th, the chances of collecting extra professional income increase.

In addition, you show assertiveness and self-confidence. During or around the 20th, try not to spend significant resources on things that are not on your shopping list. Starting with the 23rd, you communicate better with family members but you risk getting upset faster than usual with them. During or around the 25th, some conflicts may arise between you and some relatives.

During or around the 27th, tensions in the family may reappear, which can be prolonged until the couple or in the relationship with the little ones.

The Jupiter-Pluto conjunction in your own sign, during the first weekend of April could open a new evolutionary cycle for Capricorns.

Many feel the need to review their plans for the future, to break away from certain situations and relationships, and this will have a direct impact on their love life.

Only truly strong relationships based on sound principles will survive, those which are based on sincerity, truth and the ability to respect the freedom and individuality of the other.

From the 19th onwards the Sun is passing through the house governing love in your life, followed by Mercury on the 27th, which means that the sentimental life becomes more intense. In the last decade of the month, communication is improving, and sensuality and passion appear to be flourishing even in the oldest couples.

Some Capricorns, however, allow themselves to be worn out and drawn away by carnal attractions. So consider yourself warned that that there is a risk to end up in complicated situations or in deeper and more serious relationships than your original intention was.

Capricorns are looking for new financial avenues and because there seems to be something that is nagging them to seek for comfort and for satisfying activities in their lives, they may feel discouraged if they don’t act.

Luckily, the loved ones will be with them and will encourage them to go through this difficult time. It is possible that at the end of this month a visit from a close person will clear the air and perhaps introduce you to someone very important who could have a real impact on your professional life.

Throughout April, most natives are advised to become generous and compassionate with those in need, especially if they have more than they are using themselves.

Many Capricorns might become more open to spiritual practices that help them to achieve some balance within themselves, to find themselves and to put into practice only those future goals that truly represent them.

From another perspective, in order to enjoy a good tone and a good moral, make sure you allow time for recreational activities, for a hobby or an activity that you enjoy doing and surely after a while you will feel like yourself again.