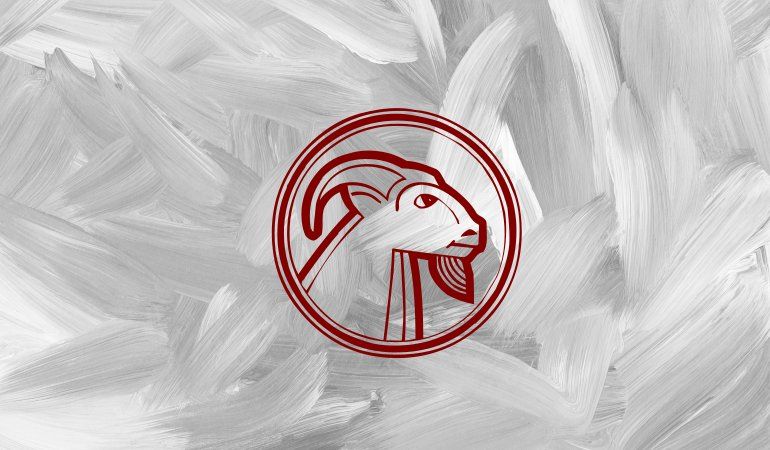 You’re benefiting from peace of mind most of the time, as well as the certainty that you’re going to be able to reap what you have sowed months back. Someone you’re not expecting will give you something special.

By allowing your own intuition to be your guidance, you will surely not wrong anyone. Keep in mind that the new year means a new cycle when you’re starting from zero and can make you think twice about a specific relationship that is stable.

Everything will have meaning and be better than you’ve imagined. In a sense, your attitude will be quite strange. You’re going to see flowers. But you won’t settle for flowers only. You will no longer contemplate beauty, as you will want more. So, you’re going to end up being part of the entire process on all levels.

Last month’s pressures will come to an end on January 13th, when the planet Saturn will reach the yearly cycle. This is relating to the continuous efforts that you’re putting in your relationships, and restructure how you interact with everyone else, especially when it comes to partnerships, both personal and business.

This will start with the cycle of Chiron on January 16th. This cycle has supported the way your self-esteem grew. The healing process during the past three years involved mental, emotional, and spiritual states.

This will be the last year of your journeying into your internal balance, just before Chiron is leaving your sign. Meanwhile, take advantage entirely of the insights being offered. You will look into a workable plan on January 16th or around that date.

For the past three years, you have been learning about the role you have in relationships, about reaching out to others, and how not to remain isolated. You have also been learning what sensitivities and emotional states are, and more important, how you can reveal vulnerabilities to the people you love and trust.

Mid-month, you’re going to be incredibly aware of the process once again, seeing your interactions and relationships with other people will be emphasized. You’re going to find out that you have to be responsible for what behaviors you have, whereas others should do the same, and nothing is someone’s fault.

The success of your future depends partly on how clear you can agree with others at this moment. Be clear, as it’s wise to rely on contracts that are in writing when it comes to handling business deals, in case you already aren’t.

The New Year’s beginning is going to be all rather smooth for people born in Capricorn, who will most likely not feel any change in how they’re behaving. Above it all, their strengths are going to be more obvious. They will become able to determine very clearly what they want to achieve during the year.

From the beginning, as a Capricorn, you’re going to feel incredibly lucky, as the Sun will be in your favor. While you’re going to try suppressing the influence of the Sun in the month of January, you will want to take control of others.

At work, you’re going to perform better than ever, and it’s very likely that you’ll get a promotion or a raise. Regardless of how successful you might be, you will be advantaged as a result of working in teams.

In the year’s beginning, Capricorns are going to feel like they’re slowing down their life. They won’t abound in any revolutionary idea or have excessive ambitions, yet this doesn’t mean they won’t be happy.

You will be happy you didn’t rush in any direction. The month of January is going to have you engaging in all sort of quiet activities.

You will read books, walk in nature, or relax at the weekend with your other half. You’re going to have an organized mind and thus, you will be prepared for any work tensions that may arise in the next months.

There won’t be any false illusions for you. This will be left behind, and everyone will want the exact same things from you. You will be aware of just where your feet are supposed to be.

After releasing exactly what’s in your head, you are going to know also what’s inside your heart and everything you desire. Illusions that are false will no longer be for you. You will have this left far behind.

Everyone and you can think what’s needed, and that’s equal. Your feet will be put exactly where they are needed. You’re going to release all your thoughts, even your desires and what’s in your mind.

It will be as if you be able to project your own self into the future with no problem. In reality, you will break any taboo and all that constrained you. Your other half will approve of your behavior. He or she has been waiting for a very long time for this to happen.

The small jealousies and the scratches that have been disturbing the relationship you have at home will be in redemption, and you will be only happy. Maybe you have already created the portrait of the love that’s ideal for you.

Or maybe you will be excited for someone who’s diametrically opposed to you. Anyway, someone is making your heart beat a bit faster. The meeting will be new or at least strange. Allow yourself to be carried away by some pleasant surprises that could make your life better.

This will be a month in which there will be hardly anything putting your career prospects in line, with happiness from the stars. There will be distinct possibilities, tensions and serious opinion differences. Anticipate the trouble spots and work very diligently to avoid any trouble.

You will have to work very hard, but even when doing so, you have to ensure that you’re gaining as much as you want. Anything will elude you. There will be consolation when you will associate yourself with people who are learned and want to learn.

Some minor material benefits will be brought to you. You will be given plenty of mental happiness. Maybe you have already crayoned the portrait of the person you could love? And perhaps you want someone who is diametrically opposed to you. The surprise of meeting that person will be the one that makes your life better.

You will find more resources in solitude. Accept what’s happening. It will take you a few hours to be calm, feel rested and in working shape again. The stars combining themselves will be quite favorable, and in this condition, you will do quite well financially.

Associating yourself with gifted people of spiritual and learning will give your life a more cultural and excellent dimension, as well as material gains. Sculptors, writers, painters, and different art practitioners will have a very satisfying time when it comes to financial gains and the creative output.

Traders are also going to fare very well and realize their profits entirely. The climate is going to be perfect for investing and launching new ventures.

Through the 2nd decade, you’re going to show your creativity a lot, mastering some crafts or by doing art. Mercury’s action is going to manifest itself through sophistication and mental flexibility when it comes to communication.

Being able to effectively communicate your thoughts is going to permit you to go through the solutions of many different problems. However, starting with January the 16th, the Capricorn Horoscope doesn’t promise early implementations of any idea. On the other hand, the planet Venus will be conducive enough for gaining prestige and influencing the public.

You shouldn’t allow yourself to fall into emotionality and extravagance. The half sextile of March with the sign of Capricorn is going to give you an ability for inspiration, an inspiration towards trusting others, thanks to modesty and friendliness.

On the Cancer’s Full Moon, on January 18th, your emotional background is going to be off scale, and so the Horoscope is recommending that you spend the time in calm home environments. Capricorns will be delighted, by the end’s month, when the Sun’s half-sex will enhance delicacy and intuition.

Mercury’s influence is going to increase the information’s flow, making it easier to go through the needed information that will, in turn is going to contribute to increased mental focus and work. According to the Capricorn Horoscope, you should check the facts that are coming and monitoring your speech.

Venus’s action is going to increase attractiveness and push for changes in the image. However, it would be better to leave what has been said above for future, when the planet’s direct motion is going to resume.

Starting with January 25th, it’s advisable to act independently and boldly, to avoid any confrontation and not put any pressure on anyone.

By the month’s end, as the Moon will be in its last quarter, you might have your emotions altered, as the season is going to change, and this can upset you a lot. As a Capricorn, you shouldn’t get silly angry, nor lock in positions that are uncompromising, as this can lead to stress that is affecting health.