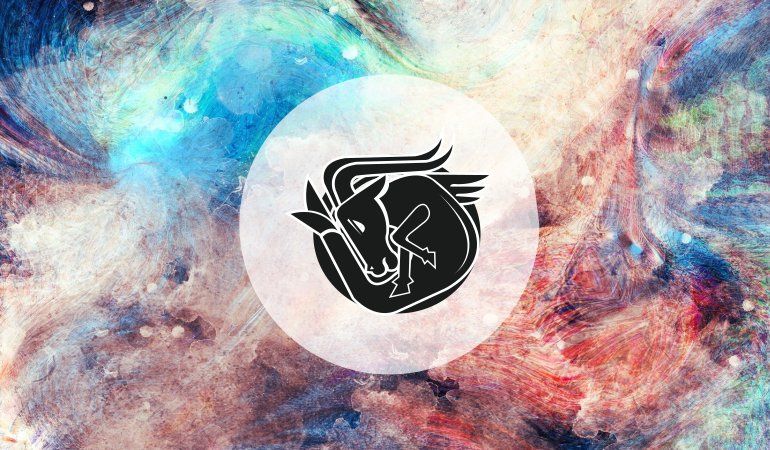 Being influenced by the movement of the planets is going to change you. So, your emotions are going to be on the edge, the air’s irritability will bother you.

The weather outside is nice, but you will still be mad, especially for the month’s first days. You have no idea about what’s going on and are taking things too seriously. Don’t invest time in what problems others are having, as you are able to penalize.

Luckily, starting with the 11th of June, you’re going to find all the happiness you need, not to mention your motivation will be legendary. When opportunities will arise, you will be open to dialoguing and exchanging words, so you’re going to adopt a relaxed attitude.

There will be some planets in an angular position, as well as two eclipses marking a major change in the month. The solar and lunar eclipses on the 10th and the 24th are very powerful for your sign, so try to reduce the activities you’re enterprising.

The reduced activities program is going to be necessary after June 21, and especially during the periods of eclipses. The 10th solar eclipse is going to be strong, as it will conjunct the planet Saturn, the chart’s ruler and indicating lasting some image changes, a personal appearance, as well as a general concept that you have when it comes to yourself.

You’re going to change the way in which you are dressing and your own image. You will also have to cleanse body impurities, but this won’t be a disease, just things that will have to be eliminated. The 24th lunar eclipse is going to affect you in many different ways.

There will be some appearance and image problems that the solar eclipse didn’t address and the lunar one will. The solar eclipse is going to bring some changes in the long run, at work, as well as in the workplace. In case you don’t have a job, then you will unexpectedly find some work. In case you are working someplace, you may be able to change the position in the company or maybe your job. Being an entrepreneur, you’re going to reorganize the workforce.

The 24th workforce will once again put your relationship under scrutiny. There will be dirty rags coming to the surface and get corrected. As said in the previous month, everything will be good, seeing the social cosmic aspects haven’t been better ever. It would be a good idea to find out the truth now, as well as to cut losses rather than prolonging something that’s not working or isn’t anything you want. In case love is real, things are going to only get better.

Eclipses are going to bring you a wedding or your relationship’s next step. You will have to make some decisions, so you will no longer sit down and watch from aside. In case you happen to be single, you are in your year’s best romantic periods, and perhaps of your entire life.

The problem will arise from having many opportunities. But this problem is a happy one. Your finances will be so strong, especially until June 21st, that even the retrograde of Uranus, the money planet, is not going to have too much effect.

This is a movement that doesn’t prevent the good arriving, but it might delay it. There will be many positive developments. It will take many months for the final result to be achieved. Either way, it won’t hurt you to pay attention to what purchases you’re making, as well as your important investments.

Being modest in the feelings that you have, a person might think that you’re not feeling affectionate towards the people you care about, so make some little effort. To boost your romantic relationships, reveal what you have without any restriction, and be daring when it comes to talking about emotions.

You will receive love proofs in return. Thanks to a meeting that you have, the 2nd week is going to be encouraging, so allow your heart to speak. There will be little air tension, but it won’t last. Ask your partner to commit completely to your relationship, by formalizing things.

Remain relaxed. As any other Capricorn, you need to have love, but you won’t be ready to meet any other person either. You will decide to trust your own luck, so you will find your great love as soon as the time will be right.

Your state of mind will be good. There will be openness energies, as well as energies of surrender when it comes to the earthly and spiritual pleasures of romantic love. It will be great if you don’t shy away from expressing what you want in a generous manner.

While the emotional needs won’t be easily shown or expressed, maintaining the coldness façade is only going to being unhappiness and loneliness. You will find calming sources and the inner strength, that are going to help you have renewed energy, and will also help you go out in the world.

There will be a good prognosis for those people waiting for the love to appear. Someone is going to offer them the understanding and warmth needed, and their spirits will be forever won.

Things are going to run smoothly. Those working in relationship of dependency, from the 2nd day and until the 25th, are going to have the opportunity to reach the extremely favourable agreements with their own bosses.

They will possess an amazing work capacity and have an increased responsibility sense, as doors to progress are going to open for them, bringing material improvements. For the part that they’re playing, those who are self-employed are going to progress with their activities and businesses.

There are going to be changes that, even if in the beginning will be instilling mistrust, later will be filled with incredible satisfaction. Remain flexible and accept the changes. Feeling unhappy and having difficulties are going to arise at work, there will be some prelude to the concrete and personal transformations that are being carried out.

Those born in Capricorn, as a result of the pragmatic streak characterizing them, will prefer to look at solutions allowing them to continue with their way with the predetermined goals that they have. But probably, it would be good to dare and rethink the goals based what true desired they have.

Finances are going to be stable for the children of the Capricorn, for the month of June. Let’s remember that the planet Saturn will continue retrograding in the sign’s 2nd House, which will translate into being financial restricted. In order to take advantage of Saturn’s retrograde in the 2nd House, commit to the goals you have and avoid any frustration.

This will allow the achieving of financial independence. At work, on the 3rd, the Venus Star Point of the Sun and Venus conjunction is going to take place in the 6th House of the Capricorn, which is where the North Node is going to be activated, on June the 4th.

As this alignment, coupled with Venus in retrograde in the 6th House, till the 25th, will consider the situations and events that have to be placed as excuses, limiting professional development. Specifically, the Venus Star Point in the 6th House is imposing to search for all sort of new contacts of work, optimizing routines that are adapted to the current parameters, and cultivating the relationships with the colleagues.

While in the 6th House of the astral map, the North Node is speaking of prioritizing the activities proposed when it comes to the professional sector, there will be practical solutions offered to the challenges of working in teams.

As well, there will be fostered a harmonious climate of work that’s promoting the entire evolution. Don’t forget that there’s the asteroid Juno continuing the 10th House of the Capricorn, as well as Uranus in the 5th House, so there will be an interest when it comes to promoting all sort of innovative and creative projects that are taking your career to the next level.

While it’s very likely, the Capricorn’s rigid nature, will have changes causing some occasional headaches, nerve and bone discomforts, and as the days will go by, relaxing will be easier. Some sports and physical exercises are going to be performed systematically, for the balance and the feeling of relaxation to be enjoyed.

When the climatic factor is going to allow it, there will be some positiveness in contact with the nature of the work related to beautifying balconies and gardens, and this is going to serve as therapy. For the Capricorns that are hypersensitive, the work problems are going to take some dimensions that seem surreal.

There will be maladjustments expressing inner restlessness. There will be an absolute need to make useful contributions to the community. When the issues are going to falter, when the self-demand is going to increase, the spiritual discomfort is going to be translated into all sort of physical symptoms. It doesn’t matter what the symptoms are, there will be positive results from holistic treatments.