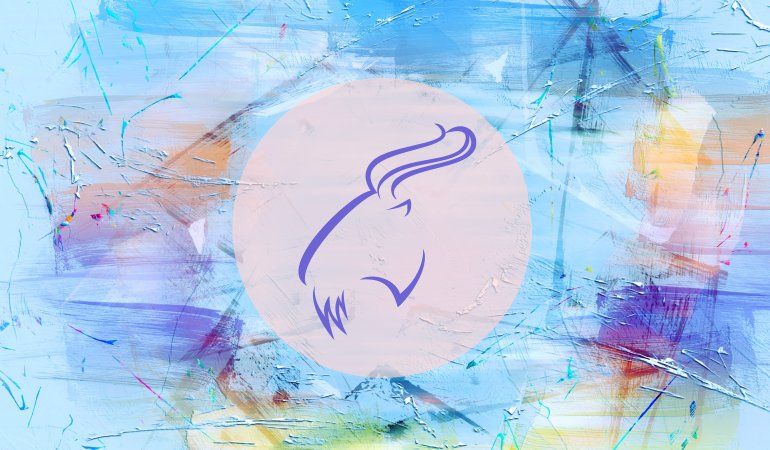 Before reaching any conclusion, make sure you’re relaxing and taking some time off, as you need to rest before anything else. You will have your efforts slowing down.

Don’t make plans for what’s coming at the weekend, neither don’t plan any activity. Recreate and postpone your activities, as there will be no urgency for you on the horizon. Organize yourself in a different manner, as this is going to help you have optimized energy.

From a professional point of view, you will be awarded with honors, whereas the efforts you’re investing are going to show slow progress. Don’t expect any promises, just trust the commitments that are written. In front of this great success, the people that you love are going to be excited.

When it comes to the emotional field, the stars are going to benefit you with the chance for you to express what you want and take pleasure in the good vibes from your surroundings. Just right before the month’s 3rd week, you will find your hit.

Just like during the past month, most planets will still be on your chart’s horizon and the Goat’s 10th House of profession, which will grow stronger. You will have your pace in profession accelerating, so the activity is going to be frantic.

You will need to face challenges of your competition, but you will be just like a warrior keeping competitors far. Your emotions will run high, not to mention that your elders and bosses will have no patience if you happen to be stubborn.

The anger is going to fall from the highest planes, but at least it won’t last long. Pay attention to your genius. Now you’re going to see how much the career advancements from last month are costing. Make sure to remain strong and to work hard.

Mercury’s direct movement from October 6th will help you solve any misunderstanding when it comes to profession. You will have your logic and power of reason returning to you. The shift of the planets to the East will be more active during this month.

On October 15th, the planet Mars is going to enter your East sector, with 70 to 80% of the planets being here. This will be a period in which you will need to be imposing and do anything according to the conditions in the surroundings.

With each and every consequence, things will be both good and bad. The more you happen to be foolish, the more you will have to pay a price later. Either way, you need to take action and not be scared of any mistake.

Your mistakes can turn into something you are learning from. For the entire month, there will be a big trine in the element of Air, a trine that’s going to boost your profession, health, and economy. Either way, this month you will need to relax and rest more.

Your health will be promoted in the same way in which it was during the past month. After October 15th, you will be again in the situation in which no planet will be present in your element of Earth, or perhaps there will be only one planet.

The more you remain dedicated to the person you care about and love, the more you will be wasting your time. Check the way you are organized, as the stars will be trusting you and you can find solutions to all your problems. Security and your own feeling will be your main allies for October.

When with your partner, you will have your armor breaking. You won’t want to talk about your feelings, yet if the setting is romantic, you will be able to do it. Love will relieve your stress. Your relationship horizon is going to widen, becoming demonstrative with every day that passes, so your partner will benefit from all your attentions.

Starting with the 13th and until the 18th, exchanges are going to be favored. You will use your seduction power and release an aura that’s particular. You will be magnetic and inspire others to be the same. October will look like a month in which consecration is going to happen.

There will be an incipient love story materializing itself, and your days are going to be happy. You will mobilize for what you are looking to remain mobilized for. Those Goats who are more conservative won’t hesitate to be moving so that their true love meets them again.

There will be disagreements threatening their couple’s continuity. There will be some professional issues causing tensions, not to mention that emotional connections are going to be damaged. Luckily, after the 9th, things will happen in reverse.

Capricorn is going to become not only passionate, but also tender. He or she will receive the similar response from his or her lovers. Those who don’t have a partner won’t fall in love with someone who is in their friends’ group. Those who are in love and married will get exposed to no getting along well with the other people in their family, not to mention they will be engaged in all sorts of strong arguments.

Sometimes, their in-laws are going to intervene. In addition to this, the dialogue won’t be at all easy, as the partners’ susceptibility will increase. However, things need to be tried. The more the two parties will give in, the more agreements will be reached when it comes to setting the concerned limits.

For those single Capricorns, the month will no longer be favorable at all either. Venus in retrograde starting with the 9th is going to bring some obstacles as far as love goes. The month’s help will come from the planet Mars, which will have fleeting and fiery adventures being favored.

The month will start very comfortable from an economical point of view. While the income won’t be made in an unconscious manner, it will be enough for you to cover the needs that you have, putting something aside for the future. Your stage is going to be conducive when it comes to taking your ventures to foreign lands.

Some Capricorn natives are going to find themselves with legal issues and they won’t be able to continue to proceed as it’s characterized for them. They will no longer be in their place. It will feel for them as if reality is not as they have expected it, not to mention they will be entangled with those who are indecisive and waste their money and time.

However, they will need to remain patient, as everything will be for them difficult and complicated. Furthermore, they need to protect their economy, so they need to spend just as they think it’s necessary.

When it comes to those who are working on their own and the professionals, these will get their money if they risk. This means they need to analyze things closely, as this will help them get the best returns. Caution for those who form partnerships with other people, as they won’t be facing the best period for them to make any decision.

Money that are in common need to be paid attention as well. Ceres in the 2nd House of the Capricorn, with Ceres being a dwarf planet, will bring benefits to the native’s finances. They will need to invest in real estate and technology. Moreover, they will need to consolidate their personal assets.

When it comes to the professional field, the planet Venus passing through the 9th House of the Capricorn, from the 2nd and until the 10th is going to favor launching internet ventures, publications online, as well as academic projects. Vesta entering the 9th House on the 22nd is indicating that the native is going to remain focused on how its initiatives are taking success.

Both the planet Venus and the asteroid Venus in the Goat’s 9th House will constitute the most positive positions from an astrological point of view, especially for those Capricorns who are in an evaluation period.

During October’s first week, Capricorns will need to move a lot. They need to walk outside, briskly, as this is going to invigorate them. Starting with the 7th of October, Mercury is going to enter Libra, weaken the natives to get headaches and catch colds.

It would be a good idea for them to eat protein-rich plants, like for example, fruits in the season and soybeans. Those Goats who are looking for their image to be improved will go to all sorts of beauty centers to find the solutions they need for their skin.

While there will be no planet affecting the native’s health in a direct manner, seeing the month will be tense, the difficulties will influence the nervous system. However, the emotions will be stabilized, yet the body might still be suffering from some discomfort.

The bones and the digestive system will be the most influenced. Before any symptoms are going to appear, visit a doctor. Combine the advice from the doctor with what you are thinking about using yourself. Perfumes and flowers will be helpful when it comes to keeping the balance up.