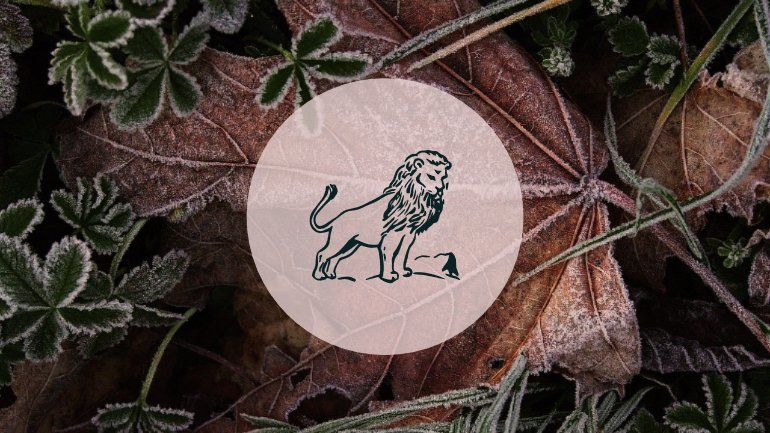 As far as communication goes, in the month of January, you are going to have a stronger desire to stand by your own opinion. This can be considered as an advantage, seeing that now being stable, especially when it comes to career, you are going to get exactly what you have been looking for. H

owever, there might be an issue appearing when you will meet someone win authority. Innocent conversations might turn into ugly discussions.

The energies that are emanating at the start of the month are going to stir your flaws up. Pay attention, as without even realizing anything, you are going to have the unlucky tendency to impose what you believe in with brutality.

Instead, don’t be all about the planet Mars, as this planet is advising you to be relaxed and humorous. As soon as this will be done, you’re going to be benefiting from Jupiter’s happy energies.

There will be a lucky star pushing you to be more active. You will be given opportunities that are going to take you to whole new horizons. When it comes to the heart, you just need to keep your small flaws under control.

In case this won’t happen, then you will have to go through some crisis periods once more. Around January 21st, the New Moon is going to be rounding your angles again. Expect the energy coming to be active and intense.

There’s the promise of all sorts of new meeting, active communication, and trips. The 2nd decade is going to probably be the most favorable one, one in which new methods and ways are going to be implemented.

Your projects and plans will influence you in a positive manner. After, your authority is going to be strengthened. You will also have a better position in your profession, both as a result of help from the outside and your own efforts.

As well, the 1st decade will have to be given more attention, as there shouldn’t be caused any confusing situation. Support and advice from others will have to be received, especially in case in which important changes in life are going to take place, changes that are going to have your emotional state being unstable.

More than this, if you are too optimistic, then you might end up taking risks and go on adventures. This will be exactly the time in which you will need to be more mature and to remain in control of your own actions.

Many Leos are going to be in relationships with those who have the same goals as their own in mind, the people who are using their own opportunities and talents to be deceiving. You might not be the most objective when it comes to evaluating yourself, so you might ask the people that are your allies to do the impossible for you.

Since you might be losing your reality sense, you might make a mistake that will lead to some losses in the financial sector. Also, some important people might no longer trust you anymore.

In the same manner, the emotional relationships that you have might become complicated, as you won’t understand what others are feeling and what they want. Therefore, it would be a good idea for you to postpone the important issues you are trying to resolve, any negotiation, as well as the signing of contracts, all until after the 24th of January. After this date, you might have successful negotiations.

For this time period, you will have your loves relaxing and being more joyful. Take some small trips to promote the joyful encounters that you have. You will be more than happy to meet with old friends of yours, falling under the spell of a colleague at work or a neighbour from next door.

Couples who have been together for some time will enjoy a sentimental life that’s part of a utopia. Wild encounters will be preferred to any domestic and routine ones. The turbulence of the planets is going to be threatening your life in case you are married.

However, in case you are protected well and have any idea on how to distance yourself from the world in the outside, then you’re going to be just fine. When it comes to the singles, these are going to have some hesitation moments, as they will fear to not go in a direction that’s wrong.

Not holding on to their future plans anymore will bring them benefits, and they will be allowed for things to be clarified, especially in case their partner doesn’t see life the way they do. In case you are looking for things to happen in your favor, then you need to accept other people’s opinions.

Make arrangements for you to be the director of your own life. Don’t feel as if you are systematically under attack. As soon as you will do this, then your loves will surprise you in a pleasant manner.

For the month, there will be the opportunity for you to meet a person that is not as seductive as you are. If you want to make magic work, just have a discreet manner about how successful you are. In order for this miracle to be achieved, you need to be interested in this person.

When it comes to this sector, it will be continued by the planets Mars and Jupiter. You will be successful no matter what you might be doing, not to mention that you will have all sorts of excellent ideas.

However, the planet Saturn might compromise all this, leading to you being encouraged to do more when the time is wrong. In case you want to have a successful month, then don’t put any pressure on anyone. Give people the time needed for them to be responsive to you.

From a financial point of view, the month of January looks just good, yet this only in case you are not listening to the old demons that are pushing you to spend more than you can afford.

There won’t be anything auspicious when it comes to the professional prospects that you have during this month. You might have some misunderstanding with the people who are your superiors.

This should be avoided, regardless of what efforts you are putting in. In case you don’t avoid misunderstandings, then your profession might go to the drain. For the entire month, you might also have some insecure feelings, which is going to have your professional conduct fuelling your pitch.

You might want to change something fast in your business operations or at your job. It doesn’t matter what you are changing, the changes should be made only after carefully deliberating. The direction that’s going to bring you the most favours will be the West.

What events are happening won’t favour you when it comes to money during this month, at least this is what the stars have to say. This is true, as there will be clear indications on how speculation might bring some serious losses, at least in the case of some Cancers. Therefore, it will be a good idea for you not to gamble at all.

Also, there might be indications that litigations and disputes will have things being decided not quite in your favour, which will lead to some losses. You need to give your best, especially if you want to see if any decision you’re making will have the results postponed for a later date, a date that’s favourable.

Relations with your employees or your superiors might also take a wrong turn, preventing any eventuality from happening, meaning that you are going to face some losses that are significant.

The month will be excellent, meaning you will achieve your objectives when it comes to your educational pursuits. The stars that are going to face you will be helpful.

Engineers or students from engineering, especially those in mechanical or electrical will do well with their studies. Students at medicine and especially surgery will do well too. Those who have artistic inclinations will also receive some satisfaction in the way they’re performing.

Those in the technical trades or crafts will be more proficient at their job, whereas those competing at exams will also have success, yet this only after they will work hard. As a matter of fact, the month’s successes will require hard work from your side.

The stars won’t offer anything favorable, and especially when it comes to travels. This is a month in which you’re going to travel by rail and road most of the time, but air travel won’t be excluded either.

You might also take on a tour to a foreign country or place. It’s very likely that your efforts won’t generate the profits you were expecting. You also won’t be brought any satisfaction or pleasure. This picture is quite bleak, yet true.

A lot of the travel you are doing won’t be that necessary, as well as something you will be very fine without. Go East, as this the favourable direction.

This is a month that’s encouraging your health, when it comes to the stars being combined. You will be predisposed to suffering from acute diseases, inflammations, or fevers. These won’t last long, as significant relief will be obtained.

In case such trouble will appear, you won’t be at all bothered. You will also obtain some relief from your back issues. There’s also the chance for you to suffer from an infection of the eye.