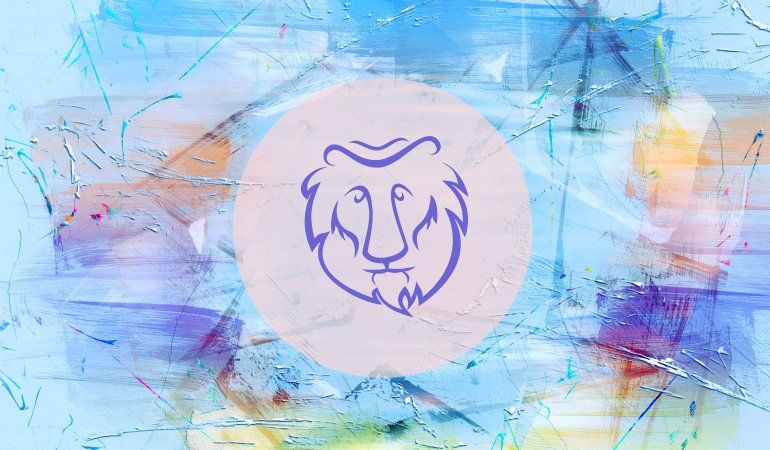 You will want to move faster than how the music is playing, but this won’t be your best idea, not to mention that the stars are going to be dissuading. Leave room for patience, as you will need to take your time and wait until the 11th of October.

This way, you will be able to benefit from what’s happy in your life. Around October 14th, there will be all sorts of good deeds from the planets being felt, so you will gradually start to experience the benefits that will make you feel satisfied.

There will be some of your projects seeing the light, whereas some others are going to take a while before they’re formed. It won’t matter, you will still be interested. The more you slim down and your skin becomes more beautiful, the more you will be in action.

Personally and professionally, when your spirit is up in the clouds, don’t allow any beautiful promise to blind you. Keep your head cool and remain anchored in reality.

While you will have a fabulous personal attractiveness, your love is going to be even more complicated starting with the 10th and further. Venus, which is the Love planet in general, as well as Uranus, which is Leo’s Love planet, will retrograde during the same time period. You won’t have the social trust as much as you had it before, so it would be better for you to not make any love decision, or at least to leave them for a later date.

Enjoy things for what they are and don’t make plans for the future. The two planets of Love in retrograde won’t indicate that you will not have your social life, but that there might be all sorts of incidents that will annoy you arising.

For instance, you will run out of gas when going to a meeting or the person you need to meet will have to leave for an emergency. The more your social trust is going to be lacking, the more you will have a tendency to be cautious or too afraid when it comes to love, which will make the situation even more delicate and difficult.

You won’t be alone in all this, as Venus is going to be retrograding, and other people are going to feel just the same. As much as possible, don’t travel if you don’t have to, especially from October the 15th and until October 22nd. This doesn’t refer to trips that are necessary, yet it would be a good idea for you to minimize traveling for this time period.

Just like in August, there will be plenty of planetary power gathering under your chart’s horizon, so your 4th House is going to be stronger. Find where you have emotional satisfaction and enjoy your moment. From that point on, you can remain dedicated to all sorts of other activities in order to become successful. Venus retrograde is indicating that you will have professional matters on hold, but at least these mattes will be unfolding for you behind scenes, so you can be disregarding of them.

In case you want to do some redecoration or buy new furniture, you should wait until the next month, when the planets Mercury and Venus will once again be in direct movement. Now, you can start studying all those things again.

Venus will also be Leo’s communication planet, so Venus in retrograde in Leo’s 4th House will indicate that you need to pay attention to the way you communicate with the people in your family. The less you communicate, the more you will end up suffering from outbursts of emotions.

Relationships with your or others’ children are going to be much more delicate than usually. This is a month in which the planets are going to start make a movement into the Leo’s West sector, with a move that’s going to happen for a month more.

At the moment, there will be the power of planers distributed, let’s say, evenly, between the Eastern sector and the Western one. You will no longer do any voluntary work and go into a period in which you will be happy with the conditions developed for yourself.

Meanwhile, there will be times when you will be able to act on your own, as well as other time periods when you will depend on other people. You will be in good health, yet it’s important for you to relax after the 23rd.

In perspective, the influences of the stars are promising you the best times, in both love and family. In case you have some projects with traveling or moving, then prioritize changes, as the 2nd week is going to be perfect if you want to put things into practice.

In case people have called you too personal, then you need to have a change of tone. The people you love will be pleasantly surprised if you will make this decision. For couples, the period is going to be positive in a relative manner.

You will have the bar lowered if you leave room for communication to the person who matters the most. You are pretentious as a Leo, but your partner will discover you’re also caring and attentive. You are rather destabilizing.

From the month’s beginning, there will be a positive energy living in you. If as of late, you haven’t been given any attention to serious matters, then don’t give up because you have many good ideas.

Single Leos need to pay more attention for the month’s 1st week, as they won’t have the opportunity to come across the love they have always dreamed about.

Things will be just like they have imagined them. They will have their personal magnetism increasing, so their success with a partner is going to keep on being permanent. Those Leos who are involved with someone and happen to be serious about it will experience a different reality.

It’s important for them to use the month’s first week if they want their bond to be consolidated. From the 9th, the horizon is going to be darker for Leos. They will have their partners starting to be more demanding, and hate is going to appear.

Remaining calm will be essential. Those Leos who are married and those of them who love someone will live the happiest moments in the couple. They will have agreements following them, not to mention that their intimate and daily life will be amazing.

They need to pay attention and set some limits on those relatives of theirs who are looking to make them unhappy. Saturn will have a good position in the sign, giving them the weapons they need to no longer be on the attack position anymore.

Those Leos who happen to be lonely will be enjoying love affairs that are sneaky, yet it won’t be too easy for them to remain connected with the person they’re after. They need to remain subtle.

Starting with the month’s 2nd week, the dialogue is going to be just the best, most likely the one and only tool that the Leo is using to make money. The natives are going to have an agile mind and remain balanced, overcoming obstacles of their own passions.

At the same time, they will conspire against the professional performance they’re digging for. Starting with the 24th of October, Mercury is going to join the planet Venus in the sign of Scorpio. This will undermine the natives’ foundations.

Remaining still will be the best idea for them. If not, they might be treated unfairly and end up being laid off from their job. All the Leos working will get all sorts of opportunities to advance in their career. Those involved in a relationship of dependency, are going to reach the most important negotiations and close contracts with their bosses, especially during the month’s first 20 days.

In this manner, there will be some increases and promotion in their assets, all without any delays. Those who are self-employed will have their capital increasing, not to mention that they will open all sorts of new ventures that are going to become a success for them.

Either way, they need to use their creativity and intuition, as this is going to help them have an easier life and receive the support of people who are influential. In October, you will do what you like doing, so the changes in your company are going to happen, especially those changes you have been aiming for.

It will be necessary for you to make a better schedule. In case you have been teleworking, then you will realize that your work doesn’t involve too much effort and that your hours are easily passing by. You will be able to recognize both your mistakes and successes, putting both parts into motion, so you will make all your dreams come true. These weeks are conducting you in the direction of prosperity.

Leos should pay attention to what they are eating. They shouldn’t make any excess. The more they don’t care about their diet and have bad habits, the more their digestive system will suffer. They can reverse this trend if they balance their diet and no longer consume any chocolates or coffee.

However, abuses won’t be manifesting themselves only in this manner. They will also have their nervous system affected by their overflowing life in intimacy. Therefore, they need to be prudent with the hours they allocate to rest.

It’s important for them to not feel any difficulty when trying to deal with the everyday demands. The month doesn’t indicate in any way that their health is going to be bothering. Naturally strong and having a lot of vitality, they will be successful at eliminating attacks on their own body.

They should walk in Nature, play sports, and ensure they’re physical. At the same time, they need to make sure their soul is enriched, as this will help them have their wellbeing in place. Rest is important.