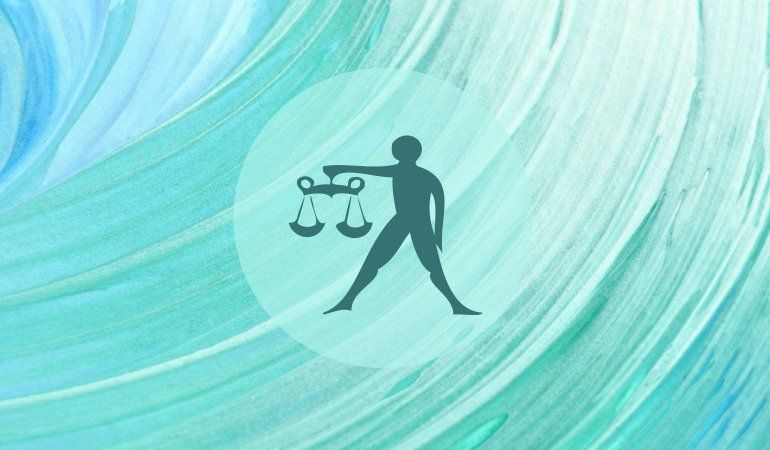 Different approaches to anything or surprising statements can complicate the vision you have regarding a project from your future, throughout this April. It’s true that the planet Uranus being present in the sign of Taurus is increasing your feelings, focusing on creativity.

If you move the lines only slightly, then you’re going to be able to put the opposites together and reconcile the values you have with the values of others. All this in spite of having an iron will. You’re admitting that the rules of the game are the way they are, and you want to respect them.

In April, the Libras will be pretty shaken up. They will also have the sky working in their favor, and this is going to allow them to talk fluently with the people they want to talk with, especially those who are very close to them.

They will be out of confinement as soon as no longer with others. The planet Saturn put them here, being in retrograde and transiting the unconscious. Just if they talk and show their creativity, then they’re going to become able to forget about their insecurity and inexplicable fears.

The planet Pluto in the sign’s 4th House of family and home is going to urge you to make some moves and changes, moves and changes that are going to be transcendent. Libras will have to avoid getting hurt and in order for this to be achieved, they need to be naturally diplomatic and creative.

Now, most planets are in your chart’s top half. The profession will be more important, so the opportunities arising will be abundant. Family and domestic matters might also seem very important, as the planet of family and home, Saturn, will be increasingly stimulated.

This kind of activity won’t conflict with profession, it will merge with it. Difficulties will be seen in how the social life, which is very active, will be balanced with profession. It could be that someone was hooked up, a person who doesn’t have the same professional aspirations and who’s going in a different direction, a very attractive person.

And this conflict is going to be solved around the 20th. Most planets will continue in the Libra’s Western sector and the 7th House of romance and love, where it will be powerful, especially by the date of April 20. This is the heaven for Libra. Your entire life will revolve around other people.

You will go to all sort of parties and have many relationships. Sometimes, your social skills will be at their peak, and with 90% of planets moving, you should see the most rapid progress towards achieving your goals.

Your life will simply take you there. It might be that the people in your family don’t approve a brand-new relationship you have. Maybe there will be someone else you have in mind. It seems that Cupid has some very big plans with you. In April, finances are going to be mixed.

Your money planet Pluto will continue in retrograde. With the 13th and after, you will receive all sort of unfavorable aspects. It might be that domestic expenses for redecoration, parties, and other important purchases, as well as social ones, will influence your budget.

While it will be a good idea to invest in the house, you still have some mixed feelings. After this date, the money will be back to normal. You will most likely earn well to cover these expenses. The last month’s warning will still be in effect.

Look at what you have bought and your investment. If in doubt, just do nothing. The information will come your way. Rest more and relax until April 20th. After, your vitality is going to rise. Social activities and love will be important for the entire month, but mostly until April 20th.

After, your 8th House will get more power. You will be interested more in sex and less in romance. This time period is good for paying debts, reducing costs, making other people prosper, deepen spirituality and psychology, getting rid of the material baggage and the excess emotions, pruning and broadening horizons, and eliminating what’s not necessary.

For all Libras, the month of April can be especially revealing, from both an emotional and psychological point of view. Juno will be in retrograde in the sign of Scales, which sends to the need for analyzing just what your commitments are.

If you tend to the responsibilities of others, then you’re ignoring yourself. In the same manner, the Full Moon from the sign of Libra on the 7th is pointing to resolving internal conflicts represented by who you are, the person you are looking to be, and the expectations others have from your, as well as what’s socially accepted.

Remember than on the 25th, the planet Pluto is going to begin its retrograde in the 4th House of the sign, just where Jupiter can also be found, alluding to the fears coming from leaving the comfort zone, in spite of the fact that this indicates growth and evolution.

Moreover, from the 11th and until the 27th, the planet Mercury is going to pass through the 7th House of the sign, just where the Sun will stay until the 19th, resulting in open and honest conversations with the partner. To keep in mind is that Mercury and the Sun in the 7th House of the Libra indicates celebrating commitments, trying to get married, plans in the couple, and trips.

The Sun or the star of the show is going to move into the 8th House of the Libra on the 19th, where it will meet the planer Uranus and receive the planet Mercury on the 27th. This is a configuration that’s inviting you to start paying attention to what’s causing your discomfort or sadness.

You will get support if you keep your heart open. For those who are single, while there’s the chance of having a romantic connection with someone from a different culture or that’s in the academic environment, Venus in the 9th House of the sign since the 4th will have the native more curious about the development of personal projects.

Palas entering the 5th House of Libra on the 29th, just where the planets Saturn and Mars will be found, will reaffirm the circumstances’ strategic vision. You will want to launch into all sort of love conquests aimed at people that are mature.

Saturn or the planet that demands, will be in the personal and financial resources House. While this will create some problems, in your situation, it will give you some special talent when it comes to knowing what you’re looking to achieve, and especially when it comes to achieving success.

At the same time, it will make you firm and serious. Obviously, there’s no time for you to move ahead, but you need to be austere and to strive. Neptune might be confusing and disrupt what you’re working on. Don’t be deceived or tricked, nor do believe in any fantasy. April is going to start like March, as in, in the same favorable conditions.

This is going to go on for the month’s 1st week. Then, you’re going to have some hiccups that will have you waiting until any inconvenience is fading away. Geminis are going to annoyed by your criticism. They need to understand that Libras need to be serene and live in harmony.

Leo will be resisting to all change. As too conservative, it will be difficult for them to adapt to technology. Instead, the Virgo is going to accept any proposition that Libra has. April will be a shocking month. There won’t be any movement between the 1st and the 6th, as well as neither between the 22nd and the 30th, especially for those Libras who are dedicated to start a career in teaching.

Some decisions will need to be taken, but as soon as the anguish and fear will subside, the next step will remain in a vacuum. Fortunately, there’s going to be easy for Libras to prioritize the most important things, especially starting with the 7th and until the 21st. This time in April will be their most lucid. In the end, the fact that they don’t have a vocation will bother them, and they will have to dig deeper into themselves to find the answer.

All Libra natives will have to channel their abundant energy in convenient ways for the entire April. Any sort of physical activity in nature is going to bring them tremendous physical benefits. Those with emotional problems are going to do very well if they develop their artistic skills and become painters, sculptors, or dancers.

The therapeutic effects of these activities will set their bodies and minds free. The Venus children of Libra need to eat more vitamin A-rich foods. There will be no signs from the planets that announce any health problem that’s serious. Jupiter will be protective and in the area of disease.

Obviously, the Great benefit will be in some manner exaggerated, so the diets need to be kept under control and no excesses to be committed. Libras are sensitive in the kidneys area, so they need to drink plenty of water or other liquids. This way, their kidneys will function properly, fluid retention will be avoided, as well as blood pressure problems. They also need to remain calm and rest properly.