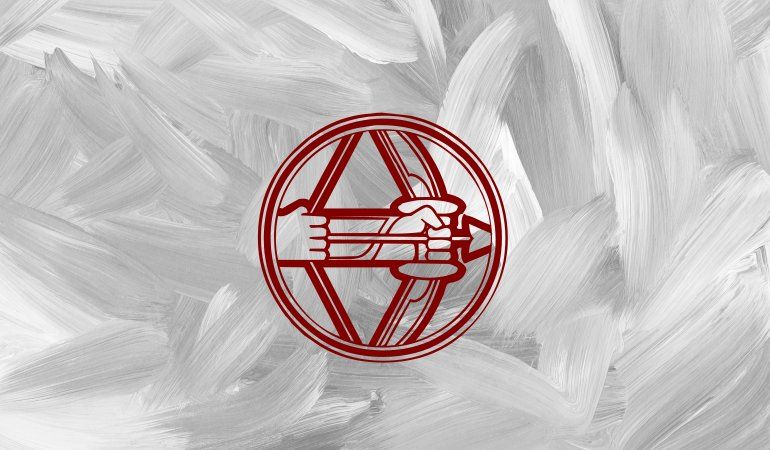 This January is especially productive when it comes to facing all the mess hidden behind in your life. This month will help you to learn planning and making decisions. With the 2nd fortnight, it’s time for you to add value to what many people have been telling for some time now.

Before you pick up the momentum and you launch yourself ahead, it’s convenient for you to take some off to meditate on just what you have finally achieved or haven’t. There are energies in your presence that don’t fit at all together.

These energies are part of something, a connection that perceives interferences. It’s impossible for you to be alright with what your partner if he or she can’t get along well with the people in your family. This might be something very important for you, and it might be conditioning some aspects of your life as well.

Don’t forget that those who love you have your back, and you focusing only on those who are not doing you good might be difficult to accept. The messages or influences you’re receiving might make you see things from a different perspective that might end up putting in a worse situation than you even thought.

The situation that will arise between January 13th and the 16th will impact the financial aspect of your life. Since Chiron and Saturn will be involved, what will happen is going to recur slightly differently in the month of July, and then, starting with October, until December.

You might need to take note of what’s happening and think of the potential consequences of your actions as soon as making a decision. Think of how you’re handling any situation, as the effects of your actions are going to be far-reachable.

With the planet Mars in the Sagittarius for the entire month, you’re going to have plenty of energy and will be ready, on the run. You should pour energy into what you’re doing physically, but in case you’re overdoing it, then you won’t have anything left as soon as Mars will start moving on.

Your energy levels are going to get the best of you, especially if you’re careless and abandon yourself, then accidents and injuries might occur. The chance for this to happen is especially increased on January 28th.

If you see things from other’s point of view more, then you can help neutralize the tendency you’re having to get angry. Interactions are going to be more explosive on January 28th.

You have been improving and restructuring your material situation for two years so far. The critical point of your present stage is going to be reached mid-month.

You will uncover new information that you need to put into your financial plans in any way possible, but coordination and communication with other people is going to make things easy for your when it comes to implementation.

People who are born in the sign of Sagittarius are going to benefit from plenty of energy in the month of January as a result of Venus’s influence. You will have endless desire, and this desire is going to become, for your partner, very uncomfortable.

In case you are single, think very carefully about the people you’re going to spend your time with. Sagittarius is not going to concentrate on work during studies. And this might come with significant consequences, and especially as far as relationships with those who are hierarchically above you goes.

These people my reach the conclusion that you are not interested in the job and might even look for someone else. Ever since the year’s beginning, Sagittarius is going to be impulsive and take action before thinking. If you are a Sagittarian, this might turn against you.

You might say things that hurt people around and not realize for a short moment what you’re doing. Also, keep in mind that your moods are going to fluctuate.

Small doubts that will pass in the beginning and the month’s end will make you see the half empty and half full sides of life. Face what’s being discussed and don’t run away from any conversation. There’s nothing for you to be upset about.

Be certain you will succeed. If people who are malicious start gossiping with you, then make sure they’re truthful. Question any person with no delay. Clear up any misunderstanding, or you will skip over unimportant disappointments.

Being in line with your confidence is going to be in front line for the entire month. You think in a logical manner, and maybe a bit much too more when it comes to the context of love.

Reason and work will be in hand, but if you let your defence fall, you will find freshness making you feel way better. Reunion and distance are better when it comes to patching things up.

The unforeseen events coming of perfect quality will soothe your heart. You will enjoy the stars’ favors, from both an emotional and physical perspective.

The stars’ combination doesn’t do you any good when it comes to professional attainments. It would involve working hard, yet the rewards will be somewhere close to the effort you’re putting in.

Travel is as well indicated, fulfilling your expectations to some extent. Speaking in general, your contacts wouldn’t work at all in your favor for this time period, whereas some of your women colleagues and associates will try promoting you from a professional point of view.

You should rely mostly on your own efforts and skills. This is a month in which you’d have to make some efforts to keep on going. Opportunities will help you in career, so you will make more this month.

To not waste your time, analyze benefits and don’t focus on what might be wrong. As far as money goes, Sagittarius people are doing very well, as they will be watched close by Capricorn’s energies.

For this reason, there are no unnecessary purchases announced in January. There’s nothing necessarily beneficial when it comes to financial prospects, as the stars are not putting you in any obliging mood.

The operations that are already going on would not deliver planned or anticipated results, in spite of the hard work you’re investing in it. Nor the signs are in any way favorable when it comes to launching expansions and new ventures.

Those who are looking to borrow from financial institutions and banks will probably have their projects obstructed.

Mid-January, you will be immersed by the Sun in events that will change like a kaleidoscope. Your accelerated physical stamina will be inherent at this moment, due to Mars’ influence. You will be more sensitive to beauty.

The Horoscope for Sagittarius is recommending spending more time around art. There are many cases in line for execution, and they will be efficiently resolved. Mid-month, there might be the desire for retiring and engaging in discovery yourself.

However, it’s recommended to postpone this until January 16th, when the planet Mercury is going to be in reverse. Don’t put too much energy into anything, as you might end up being overworked. Preserve your resources, especially on January 18th, when the Full Moon will be in Cancer.

Toward the month’s end, there will be a more impulsive desire for creativity, one that will create and then lead. Take the moment to build up your family and work relationships. Starting with January 20th, the Sun is going to form with your sign a sextile.

Around the 26th, Mercury’s action is going to be manifested through your ability to catch on the subconscious thoughts and impulses of other people. If you understand what words mean in their true sense and grasp information as you go, then you’re going to get a leadership position.

Venus will bestow generosity, mercy, and responsiveness in semi-sextile is going to help you gain popularity amongst others.

On January 6th, the planet Mars is going to enter the 6th House of Sagittarius and promote increased vitality. It’s important to not abuse the competition spirit at home, in the professional environment, or at home.

Uranus is going to begin changing its direct trajectory at the exact same location, the 6th House, on the 14th, indicating drastic lifestyle changes, especially when it comes to food and overcoming habits that might be negative.

Venus in the 2nd of the sign of Sagittarius and coupled with the Moon’s influence, is going to favor of self-esteem by adopting constructive beliefs. Remember that the planet Mercury is going to be in retrograde in the 3rd House, warning you of great susceptibility to having problems with the respiratory system and allergies, as well as ailments of circulation.