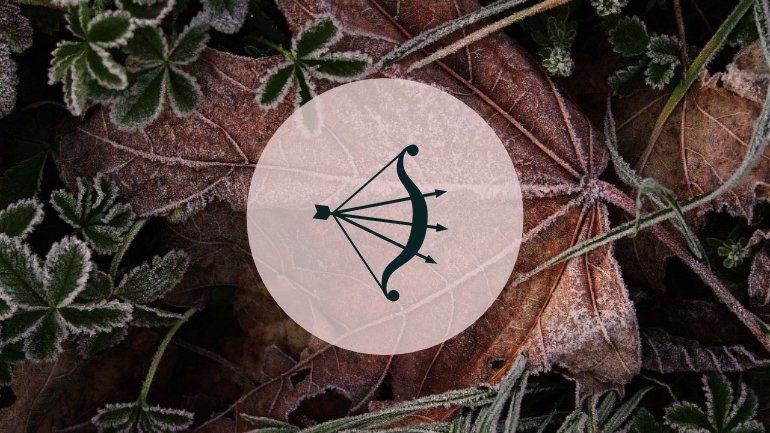 As far as career goes, the month of January 2023 will bring Archer natives a period of peace. At work they will have a pleasant atmosphere and the rhythm of work will remain normal.

You will be very happy to be coming back to work. Sagittarius people can use the month of January to be more educated. You will be spending more of you free time in the company of your family and partner, feeling at your best in their presence.

The energies emanating at the beginning of the month will bring all sorts of positive changes, lighting your connections with others, and especially those you care about the most. You will no longer be condemned for being independent.

On the opposite side, your independence will be valued and appreciated. You will start the new year being joy and free. Jupiter will bring only luck. Increase your initiatives in the direction that your life is according to your desires.

However, if you want your dreams to become a reality, then you need to face Mars’ opposition. You will be allergic to compromise, and this will compromise how stable the changes coming your way will influence your life.

If you want this opposition to be avoided, then accept some restrictions, and things are going to get better. All in all, the month of January is going to be energizing you but will also be split in half. There will be both tension and favorable energies.

Therefore, for the first part of the month, it is recommended that you are considering the idea that things are changing and not everything is in your power. The situation can be tensed as a result of the changes happening in the public life, law, or politics.

These changes are not going to affect only your financial stability, but also your career. In the relationships with other people, conflicts might arise. There might interests clashes with your partners.

After, don’t be surprised if you end up being blamed, criticized, or if your partners will leave you. Many of the natives will act according to their emotions and feelings, hurrying to draw any conclusion, to label, and to annoy other people, even if they will later have regrets.

For the second decade, there will be things improving, you will have the trust of your partner regained, start projects that are profitable or save some new money. But around the solar eclipse and after, the period won’t be very favorable, as it will test your correctness and patience.

Mistakes are going to be quickly charged, including by authorities. You might have problems at work, and you might lose some money. Be responsible and pay the debts that you have.

In case you are a young person, then don’t upset the parents, neither don’t make any investment in real estate at the moment. At the same time, don’t take a loan, nor make any decision that might be deceiving. Listen to other people’s advice.

This is a week in which, as a result of Neptune’s influence, couples will already be linked to find their second wind that are going to project them into new pleasures and delights. Your married life will be charming.

On the other hand, you will have love continuing to disillusion you, in case you are single. Those who want their relationship to continue will have to make things clearer with the person they’re with.

Your emotional success will look good, and singles will receive an added bonus. Your loves will be watched by the stars, as well as your happiness and the way you are developing sentimentally. Your lasting commitment projects will develop.

As well, you will spend your nights and days being lively and cheerful, as well as glad to be loving next to the person you’re with. Your loves will be favored from the energies emanating from the signs of Aries and Aquarius.

Change waves are going to be instilled, making you more eager to love. However, make sure that the planet Mars is pushing you to be participating, as you might be anything you want at a given moment.

When you were with your free time, there will appear relationships difficulties with the partner, and you will have doubts. If you want to no longer be annoyed, remain clear about your own schedule, adopting different attitudes.

There will be planets in some friendly signs creating some favorable circumstances of meeting the person that’s right for you. There will be trust climate, as well as the most delicious complicity setting in. If you want the romance to keep on going, then the commitment desires shouldn’t be ignored.

As far as profession goes, the times won’t be favorable. Very likely, you won’t feel secure, seeing that you might be changing jobs, and this will bring some big changes to what you are running, regardless of if it’s service or business.

You might also be in conflict with your superiors or seniors. You should avoid such a situation, for the woes made will be compounded. You will also work very hard, achieving the results you’re after, yet remain unhappy for a while. Be stable and don’t take any impulsive action. Jupiter moving into the sign of Aries will bring you all sorts of good things.

Be dynamic and ambitious, as this is going to stimulate you. You will look for success when it comes to achieving, and you will achieve great things. This is going to be possible if you have been setting a goal for yourself, as well as if your mind is not changed during the process. Interact with your friends, yet don’t make them part of your plans.

As far as finances go, you are going to be saving some money. Make sure you are not spending too much either. Don’t spend on others either. From the month’s beginning, nothing will be in your favor.

You will be creating impasses in relationships and have fights with your superiors, as this going to cause you serious losses. Be preventive. Don’t speculate either. Also, don’t gamble. The climate won’t be favorable as far as launching new ventures or investing. You should shelve your plans.

The month will be excellent when it comes to the educational pursuits, as the stars will be disposed in a favorable manner. Most natives will be driven and motivated to succeed. This will be made with efforts, as you will achieve what you want.

Those who need to sit for a competitive exam are going to gain a lot from it. Students in technical will also do well, improve their ranking and maintain them. Those in technical trade or studying crafts will have a good reason to be happy with the way you are performing.

Those with artistical inclinations will have a productive activity and achieve remarkable successes. The travels of the month won’t prove to be productive, as the stars won’t be placed in a favorable manner this way.

You might have suffer from physical injuries while traveling. This means you shouldn’t take any risk and exercise.

The tendency will be for you to travel by yourself, by either rail, road, or air. Some of the travels you are going to make might be about your job or your business, whereas others won’t be. The certainty is that you won’t make any productive journey. You won’t be able to rule out a trip to a foreign country. Go East, as this is going to favor your travels.

For the month, the Gods will be helpful when it comes to health. You won’t have any health hazard afflicting you. There will be some signs of acute illness, as you might also suffer from inflammation or fever.

There won’t be any trouble bothering you. The month will be favorable, and you might get relief. However, there are grounds that you need to take more care of your dental hygiene.