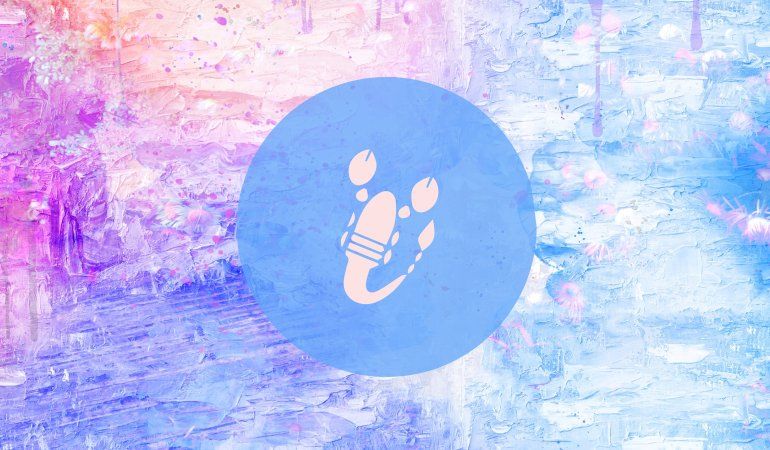 For many of the Scorpios, the professional and day-to-day life is going to be extremely rewarding in 2023. While many are going to feel very comfortable with their own place, there will be a sense of expansion and adventure that’s going to make them change their employer and grow their horizons.

This is as well as great year for starting the fitness and health regimes that are going to bring the benefits meant to make the native keep on growing. The finances will be in great shape, especially after the month of June, when the planet of luck Jupiter is going to move into the Scorpio’s financial area to bring increases.

Scorpio people will have a great time in each and every area of their life. However, the Horoscope advises them to take things slow and step by step, as well as not to rush into relationships and any other thing. Patience will be a virtue that needs to be cultivated.

The year looks promising when it comes to professional and personal things. But the emotional life needs to be taken care of. You need to build good relationships as far as marriage and love goes.

You need to speak what your heart says and enjoy the relationship you have on good notes. At the same time, don’t keep any secret from your partner. Jupiter entering Aquarius, where it’s going to be present starting with January 21st is going benefit the Scorpio and providing purification and healing to things related to the person’s roots, home, and the family.

The sign’s natives are going to have a liberating experience that’s going to help them strengthen the positive aspects of their relationship and boost their problem-solving abilities so that they no longer are related to old ties that are impeding them from growing.

As a result of this transit that is not only beneficial but also mobilizing, the natives at an adult age will leave the home of their parents all alone, not to get some more money, but to advance their need for expanding, and thus, to find their own purpose in life.

This will as well be an opportunity for them to have the nucleus of their family smoothening. They will try to reach a middle ground. It will be difficult for them to do so, as they tend to see the world in black and white only.

Together with the planet Jupiter in the 4th House, there will be the planet Uranus that will bring many changes for the possessive Scorpio. He or she has to not oppose these changes if he or she wants to be free and to have a correct philosophy of life.

Changes will happen in the family front, where so many adjustments have to be made. In case a total agreement doesn’t happen to be reached, then ruptures are going to happen, as the planet Uranus is going to reveal a union that’s not built on something solid.

The Scorpio has a discerning mind, so it will possess a better intuition, appealing to its quality of making decisions. All this without having the influence of the immediate environment. This way, they will avoid any misunderstanding.

The planet Saturn, for most of its part, which already be in the 7th House of the Scorpio, is going to provide the native stability and solidity at the workplace. Those natives that have invested dedication and effort, the concretion planet is going to allow them the consolidation of their work and the achievement of their desired objectives.

In the other direction, those who aren’t yet aware of any of the discipline and effort necessary to achieve the necessary goals, the planet Saturn is going to put them in test mode more than once for the entire year, so that they can overcome what Karma is sending their way.

With plenty of discipline and care, things are going to work out. The Scorpios will need to pay attention to their diet and eliminate their bad habits in order to not get sick. If they don’t rest enough and have too much confidence in their own strength, then they might enter a stress state that’s going to destroy their immunity, making them prone to illnesses.

As far as love went, the year 2022 was difficult, with an isolation sense and maybe some disappointments. But things are going to rapidly get better.

On February 15th, the planet Jupiter is going to enter the Scorpio’s 7th House, which belongs to marriage, remaining there until July 1st. Love is going to be more peaceful and pleasant. Two factors that are opposing and important are going to be at work for the entire year.

The planet Saturn, just like the past year, is going to still be in the 7th House for most of the time. It’s recommended that you’re more careful and selective in love this time. There’s the urge to experience some love, and the experience is tending towards austerity, serious, and perhaps some cynical respect.

The true romance feeling is going to be difficult to capture. The planet Jupiter is completely happy and optimistic. You’re looking to make out of everyone a friend. Love will be a gift that’s not going to get tested, compelling you to befriend people quickly and instantly, to access romance on the spot and fast.

For most of the people born in Scorpio, the year 2023, as far as love goes, is going to alternate between optimism and pessimism. You will alternate between periods that are of first sight love and unlimited romantic experience that are sensible to trial periods.

There are going to be periods in which indiscriminate mixing will combine with the separation of sincerity from the false. The feeling is that someone is going to enter your life, a person who’s going to understand how these things are not going to be threatened by your tests and judgments.

The stars’ message is going to be to let your love develop in a slow manner. Allow the circumstances in your life to test your love, as you won’t have to. The single Scorpios will get married or enter a serious relationship during this year, although there might be delays.

Those of them who are married will have an easy time if they are married, better than last year anyway. They will go to the altar with a few downfalls. Before surprises will arise, there will be some vicious relationship appearing.

It will be intense and compulsive, engulfing the native completely. You have rarely gone through such an experience. The mind will be dominated, and other interests will end up subdued. The threat will be of messing up the life without any care in the world.

2023 is going to be a moderate year from a profession and work point of view. In the year’s beginning, there are going to be significant gains from professions as well. You would have to put in your efforts of course, if you want to be successful in your profession.

After the 22nd of April, there’s going to be progress at work, but you must seek the advice of someone professional if you want to launch a brand-new business. For this time period, you need to initiate a business with a partner, but not necessarily one that’s going to be successful.

Those who already have a job might face mental distress at work. The year’s beginning is going to be auspicious when it comes to economic gains. The Jupiter aspect in the 11th House is going to bring more wealth.

However, you need to put some money aside and not spend on things that aren’t necessary. Don’t invest in businesses with high risks, or you’re going to lose, not to mention you might need to deal with the illness of someone dear in your family.

Also, don’t lend any money to anyone, as you might not get them back. If you’re disciplined with exercise, then your extravagance is going to be curbed.

This is a year in which you will have to hold on to the mixed fruits in terms of family. You will be unable to devote enough time to your loves ones because you will be previously engaged. Those Scorpios who have just gotten married might welcome an offspring.

Their older siblings will help them in this direction. After the 22nd of April, the situation at home is going to become more balanced. But there might be differences of opinion with someone. Therefore, you must have a resistive force and not be strained or stressed.

The year will start with some powerful restrictions that are going to dissipate in the March’s beginning, as soon as Saturn will enter Pisces. Starting with this period and further, you will discover the lacking fluidity.

The actions you undertake are going to take some shape with time. For its most part, the planet Jupiter is going to generate the expansive current of associations and proposals. Your good reputation is going to benefit you.

The Divinity will look for you and your experience, whereas Saturn is going to encourage you to impose yourself. Without any problem, you will set respectable limits for your condition. In case you allow time to play in your favour, then you’re going to win.

The planets are predicting that you’re going to be in good health and have excitement in your life, throughout the entire 2023. The planet Saturn is going to support you when it comes to wellness and health.

On the other hand, the planet Mars is going to give you an adrenaline rush and excitement, wearing you down both mentally and physically. Take breaks more often if you want to no longer be fatigued.

The year will pass, and the Moon is going to cause destruction when it comes to your general health, so pay attention now and then. The Sun is going to help you to prevent all sort of waves of this king, helping you to defeat the odds, step by step.

Those who suffer from a chronic disease are going to see some improvements. There are no planetary connections that are ruling your health in this time period, so your health won’t impact your life much. Rest well and look for medical advice when needed.