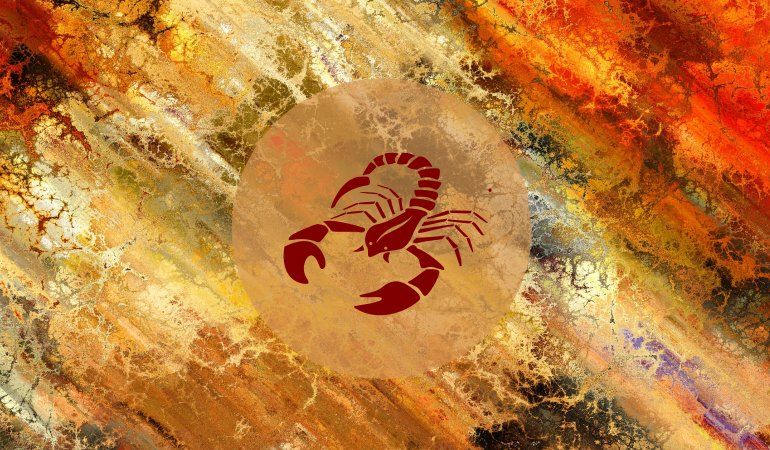 There will be no place for distraction when it comes to the Scorpio. The native will lack motivation, or his or her mind is going to still be on vacation, it’s up to him or her to decide. Either way, it’s important that you return to work, as there’s no other choice for you.

Around the 16th, the planets are going to give you a shake. Step by step, you’re going to find your energies, as it was the time for you to do so. Professional projects will increase, and you will be attracting for you all sort of amazing qualities, as well as more professionalism.

This will be for you the opportunity to no longer be a member of the crowd and climb the social ladder. As far as your private life goes, you need to remain calm before jumping big.

In case you have gathered your strengths and postponed an important event, then it will seem that there will be no choice for you but to go to that event. Be courageous.

The planets are going to, without any mistake, move towards your chart’s Eastern sector. Every day, you will have increased self-esteem and the ability to direct your own life. The T-square discussed for the past month has still been in effect, causing your friendships, as well as the relationships you have with organization to be difficult, yet this is your independence’s natural consequence.

The natives will have to, once again, become used to their new and dynamic self. Self-direction and independence don’t indicate that they’re trampling on others, nor that they’re being rude or impolite, as they shouldn’t be like this at all.

They should be nice and run their own affairs, as this is going to reduce the discomforts they have had with their friends. Venus being present in your sign is indicating that love is pursuing and fascinating you, so you only need to be present.

The planet Venus is also bringing style, elegance, and beauty to the personal image that you have of yourself, sending to the way you dress and the accessories you’re wearing, as well as the way you move your body, and so on. You will be noticed by those you might be interested in.

In the sign of Scorpio, Venus will be, perhaps, in its most sexy position. You will realize, no matter how old you might be, that you have a body that’s just a supreme artwork, so you will start treating it in this way. You happen to be beauty, a living and mobile living creature of beauty, and you have been brough to this world to be beautiful.

This month is perfect for shopping for accessories and clothes. As it happened last month, most planets will be above your chart’s horizon, and this is going to change during the following month, when Jupiter is still going to be Midheaven in your chart, at its position that’s the highest.

While the profession will do well, it won’t be as active as it was for the past month. You will attain your category’s pinnacle and prestige. Jupiter, your money planet as well, is going to be in an elevated position and indicate finances are the first when it comes to your interests.

It will also be seen how you have the ability to earn more. With Jupiter in the sign of Leo, you will have the increased desire for speculation, so pay attention. Your 5th House’s Lord and in opposition with Jupiter, is advising to not speculate in case you feel somehow unprotected.

Vitality and health are going to be much better, yet the though T-square discussed is recommending you to relax and rest more. Don’t tire yourself too much. This great trine being present in the air for the entire month will have you resisting the urge of talking much, even if this is going to be difficult.

Love will be your priority for the entire month, so whether you like or you don’t like it, there will be all sort of beautiful moments that you will have to live. Being worried or hesitant, you will be one step ahead and two behind, except that people will be waiting for your reactions.

There will be thousands of questions in your head, so you need to no longer think so much and move forward with your life. In case there will be some obstacles met along the way, then keep in mind that history can’t repeat itself during the month of September.

Ever since the month’s beginning and onwards, you will have a very good relationship, as your partner has most likely learned from hardships. Around September 13th, your relationship is going to beautifully evolve. Don’t be proud, neither don’t wait for other people to do things for you.

Most of the time, love will come from a person whom you have been knowing for some time, and this is going to be the case for most natives of the Scorpio. These people are going to suddenly discover that they have been reunited with an old friend and that this friend of theirs is now their lover.

Renewing their bond will be the best idea for them at the moment. If they are loved and they love, then they’re going to be 100% happy. Starting with the 16th and onwards, their links will be eclipsed. It would be a good idea for them not to alarm themselves, as the destiny will only test them to verify where their emotional ties are residing.

Scorpios will have to make changes in their style of work. Those who are individualistic won’t want to work in teams, not unless they’re in charge. They will need to work by the side of their peers. There will be a whole learning process from which they will arrive back at the world with new strengths.

Those working with them are going to recognize where their conditions are, whereas them themselves will discover that working with peers is enjoyable. While they will have outstanding creative capacity, there will be the indication that they need to pay attention to the characters surrounding them.

While during the month’s first days and protected by Jupiter, the Scorpios who are working will achieve the progress on which they have been planning for some time, which is going to influence their finances in a beneficial way.

They have to keep their reactions under control whenever their superiors come to confront them. There will be a bad location that Saturn and Pluto are going to make to bring discord, especially if you’re not humble.

Those who are professionals and self-employed will let them grow from a material point of view, having them advance greatly, whether that is in the commercial or the professional field. Finances are going to remain stable for the entire month of September.

Let’s keep in mind that the North Node being present in the 8th House of Scorpio is going to stimulate participating in all sorts of investments that will contribute to the economic advancement of the entire family.

Let’s keep in mind that the planet Neptune in retrograde will continue in the 5th House, leading to blockages in the creative sector, as well as failures when it comes to how their ideas’ global perception might occur.

For the month of September, Palas on the 5th, Jupiter on the 12th, and Saturn on the 28th, are going to start their direct direction in the 3rd House of the Scorpio, allowing the effective participation at proposals presentation, as well as at courses, short trips, and workshops.

The native will be more confident when expressing his or her own opinions, as well as when transforming his or her internal dialogue.

The natives will have great health, whereas not all things are going to turn out to be smooth for them, as Mars is going to retrograde and reduce their energy levels. In order for a compensation for this to happen in their body, they need to practice gymnastics or to swim.

Either way, they need to do anything that has something to do with dancing. Soy products will play for them the role of supplementation. They should also meditate. Some natives will decide to go to the psychologists because they have many questions that they want to find answers to.

Scorpios will have a domineering and strong character, as always, so when a person will not want to pay them attention, they will become introverted, to no longer talk to anyone. This is going to lead to physical decompensation, especially as far as their blood pressure levels go.

They should just let go and not hurt anyone, say what’s on their mind, understand more as well, seeing that not everyone can share what they’re thinking or their concerns. It’s suggested that this is what’s going to keep them healthy for the month.