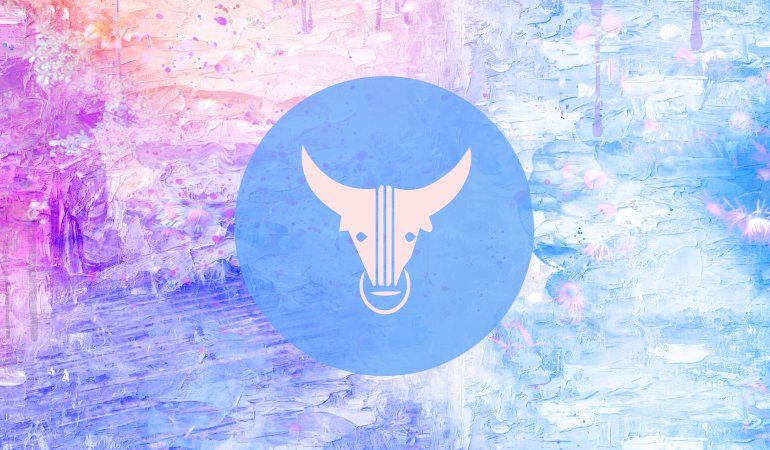 You will look into the future for more inspiration, spending way too much time in the dreamland, thinking about what it will be rather than dealing with the things around.

Restrictions are going to be around work, as many Taurus natives will have to put in some extra effort and get the recognition that they want and need. Rewards will be received by those who make commitments, with raises and promotions when it comes to the status and just before the year will be done.

From June and ahead, the optimistic and happy Jupiter is going to be in the Taurus sign, making you feel amazing in each and every way. There will be a negative tendency to gain weight by being lazy and overindulging in drinking and eating. Therefore, be disciplined.

2023 is the year in which Taurus natives are going to face many changes, being asked to embrace these changes in an easy manner and not act in a negative manner towards them.

Be your own strict discipline for these days. Learn what adapting means, to any circumstance and the things in your surroundings, so don’t be headstrong. Your hands are going to be filled with opportunities, so it’s your occasion to start any process.

Don’t give into the emotions and feelings in your surroundings, especially from any family member now. Realize the position you have and keep both your ears and eyes open. Don’t allow joy to overcome your life, as disappointment is just around the corner.

Make professional and personal decisions slowly. There’s the natural tendency for conserving through accumulation of rewards. This year will be mobilized under Uranus’s destabilizing influences plus Jupiter’s expansive impetus.

Therefore, many of the Taurus natives, a lot to their own regret, will at times be driven towards accepting changes that go in the direction of fate that’s going to be defiantly imposed. These are changes that are going to especially affect the professional area of occupation, in spite of the possible transitions that will be presented with so many infinite opportunities of starting tasks that are completely opposite from those that have been developing until now.

The creativity and aesthetic capacity will be received as gifts of finding new manifestation channels so that Tauruses dedicated to art to give unforgettable experiences. Residence changes are also going to be forwarded, and the most appreciated periods to carry things out between January 1st and May the 12th, as well as within this wide margin, especially starting with 10th of February until the 28th, as these will be the days in which the planet Mercury will bring its contribution.

Mercury is a planet related to movement and thus, to relocation. Starting with October the 8th and until December the 31st, the Taurus people who want to relocate are going to receive support from the stars.

From October the 9th and until November the 5th, as well as from November the 8th and until the 30th, people born in Taurus will be able to dedicate their time to carry out the real estate operations that are necessary, and without any problem when it comes to changing the residence, as Venus and the planet Mercury are going to promote changes and favor changes more.

As the result of the surprise turns in the life of the Taurus, the area suffering will be the one related to the affective. The problems that will be resolved for the time period will be critical for the situations endured, as the planets will bring into the light what was kept for years.

The revolution that was raised in different life areas is going to bring only fear, as well as the desire of isolation, as it will be very important for distance to be put from the mad crowd, for reflection on what’s happening, for each experience to be thought properly. Without doubt, 2023 is going to be one of independence and enduring major crises that are supposed to be passed.

In 2023, none of the Social Houses is going to be powerful for the Taurus. This means that the social order is going to be high on the agenda they have. The Cosmos will never push in either direction.

You’re going to be free to live your love and social life in any way you want. In spite of all being free, you will seem satisfied with your status quo, and this will very likely prevail. Single people are going to still be single, whereas the married ones will be married.

This will be lacking social interest, which doesn’t indicate there won’t be any opportunity, as well as neither any attraction to the opposite sex. You’re going to attract, and very much. However, the biggest worry is going to be about financial matters and career.

Many years after, you will be worried about financial matters and career. Years will be just like that. The planet Saturn was moving through the sign of the Taurus for the last few years, which will have many effects. Be aware of remaining isolated.

You’re very aware of how your limits are natural and imposing themselves rigorously. People are thinking that you are aloof and cold, as well as pretentious, although deep inside, you’re not at all cold and aloof.

You’re serious about who you are, and at occasion or when unimportant tasks are interpreted as reprimand. Many people born in the Taurus sign have been creating walls around themselves in order to remain protected against any frivolous approach. But such walls will also impede the formation of good relationships.

For this year, you will have to work twice as hard to project the love and warmth to other people. This is the year in which Jupiter will need to transit the sign for February 15th to July 10th, and how this is going to help with the social life.

This is going to make your life more pleasurable, optimistic, and happy. As your 8th House ruler, you will have more sex appeal and a special personal magnetism. After, you will start attracting members of the opposite sex.

However, the problem will be, will the accepted opportunities present themselves? Jupiter moving through the sign is also going to bring personal and sensual pleasures. Maybe it’s funny and entertaining to have relationships and not get seriously involved. You will have more satisfaction from physical desires and nothing else.

During this year, this will seem satisfying. Marriage with a parent will still seem unstable and tumultuous. Those who are alone are going to get married. In case you have children, who are single and who are at the age of marriage, this is a year in which they will still be single.

In case these children are married, maybe they will remain the same. The siblings’ marital status is going to change, as this will be an area in which eclipses are going to cause changes in the long run. The busiest social time period is going to be from August 6th until November 22nd.

The year’s beginning is going to be amazing for profession and work alike. Saturn and Jupiter combined on the 7th House is indicating progress with business. There’s going to be cooperation from more experienced people. Your business brothers will cooperate as well.

There will be fair gains from business with partnerships and partner satisfaction. The planet Saturn in the 10th House might have people in the service being promoted. Jupiter transiting on the 22nd of April won’t be in any favor.

Don’t take any decision too hastily. If you want to enhance your business, look for advice from experienced people who are concerned with your business domain. The year’s beginning will be auspicious for the economic perspective.

Jupiter in the 11th House will be a source of income. After the 22nd of April, Saturn and Jupiter will have the combined aspectual effect on the 4th House, so you might purchase a building, land, or a vehicle.

Ceremonies that are auspicious will be solemnized, not to mention you might spend some money on them. You would have to make some significant investments for this time period. After the 22nd, Rahu in the 11th House is going to be the cause of gains, as a surprise.

Saturn in the 4th House is indicating the turning of a strange situation into one that’s favorable, as a result of reasoning. Your brothers will cooperate with you. Your prestige and social status will get impetuous as the planet Jupiter will aspect the 3rd House.

You might be curious when it comes to accomplishing social activities. After the 22nd of April, the children’s situation won’t be auspicious. In early March, the pressure is going to rest, and you will make simple progress. Your skills and qualities will cover esteem for those people who are in your surroundings.

You will especially need to your efforts to make you successful. Jupiter passing through your sign is announcing there will be a brand-new beginning.

These are the influences that are inspiring you to have new ideas and start new projects. The optimism is going to give you an urge to start things, create, as well as innovate. To put it more simply, the planet Jupiter is giving meaning to the existence that you have.

As per the 2023 Taurus Horoscope, people born under this sign are being predicted a year of general benefit and wellbeing when it comes to their health. The ruler Venus is making sure that you have enough health throughout the entire year.

But after, the natives are going to make sure you’re healthy. And after, natives will be advised to not indulge in food or other bad habits, as this might bring detrimental effects to their health.

Continue playing games that are going to take you outside the door. The Taurus people are known as couch potatoes. These are the days in which Mars will have the immense potential to help you be physically and mentally healthy.

From time to time, find some periods of time in which you can relax and rest. Don’t put any stress on your nerves. People will be the source of your jealousy when it comes to your health. Eat foods that will boost your immune system. Digestive problems are going to bother you.