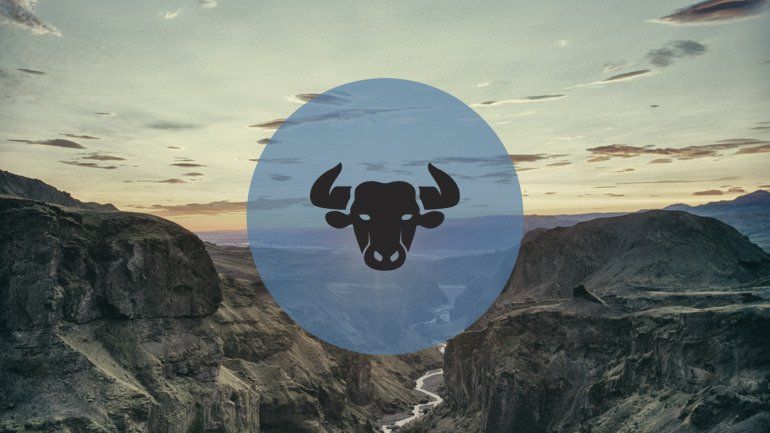 At the start of 2021, Tauruses will stay away from romantic connections. You need to give yourself some time off from such interactions, so it would be a good idea to just go out with friends, travel with them, and become closer than ever.

The Horoscope says this time periods is also beneficial for developing your personality through reading and self-discipline. Pay attention to what your intuition has to say, because it has the power to transform who you are.

If you go with it, you will turn January into the month in which you become happier. Tauruses shouldn’t invest their energy into work during January.

Focus on something else, like for example, on improving the way you look. After December’s holidays that are going to be peaceful for you, you will need to get rid of some extra weight, also avoid stress as much as possible.

With renewed energy after Pluto spent some time in Scorpio, Tauruses will be more confident than ever to face any situation. January is going to find them being new people, especially ager Pluto influenced them in its unique ways.

They will focus more on their financial security, but also on the business and personal relationship they’re involved in at the moment. Since saving and making investments are two very important things for them, they won’t have a problem having to pay more attention to their economic situation during the month of January.

All this doesn’t mean they will face problems with money. When it comes to emotions, they may encounter some conflicts and tensions as a result of Mars’ influence.

This means they need to be more careful when dealing with heart matters, also think twice before making a decision.

Jupiter, a beneficial planet, is going to transit with Pluto their 8th House, which means Tauruses will be helped by others no matter what they may be trying to do.

Taurus native who still don’t have a partner should just be patient and wait to meet someone, as January is not the best month for them when it comes to being emotionally happy.

Those of them who already are in a relationship won’t see favorable times either, because their tendency will be to make requests and express their feelings strangely, something that will generate tension and misunderstandings.

January is a month in which mistrust and some mores are shadowing their romantic relationship. Keep calm because you will solve all your problems. Until the 6th, Mars in Aries is going to increase your libido, so you will want more than ever to satisfy your carnal desires, but secretively.

Starting with the 7th and until the 31st, the same Mars in your House will give you more energy for loving. Starting with the 9th, Venus in Capricorn puts feelings first, but it also makes you emotionally happy.

Your marriage will be harmonious as a result of the highly terrestrial planets coming your way. You will be faithful and always home, whereas Mars will make sure you’re satisfying your partner in the bedroom. Decide to have a relaxed approach at work.

The entire month will favor encounters because until the 19th, the Sun will be in Capricorn, whereas Venus here as well, starting with the 10th and until the 31st. Love matters are serious, and you will be committed to your partner. In case you’re looking for him or her, keep your eyes wide open.

While Pluto will transit Taurus’ 8th House, the House of money, inheritances, deep desire and sex, these natives are going to have to wait for their investments to come through and their luck to come.

It goes the same for those of them who have specific professional objectives, seeing that Mercury being in an unfavorable aspect, is going to bring them many difficulties at work. Patience is the key now.

In January, many Tauruses are going to be very preoccupied with the way they look. They will want to make their skin better, to exercise and diet so that they look sharp.

However this doesn’t indicate they should ignore other health aspects and no longer go to the doctor for a check-up, especially if they have been bothered by some diseases recently.

In case you are traveling, make sure you have food and water with you, seeing that unpleasant surprises may arise.