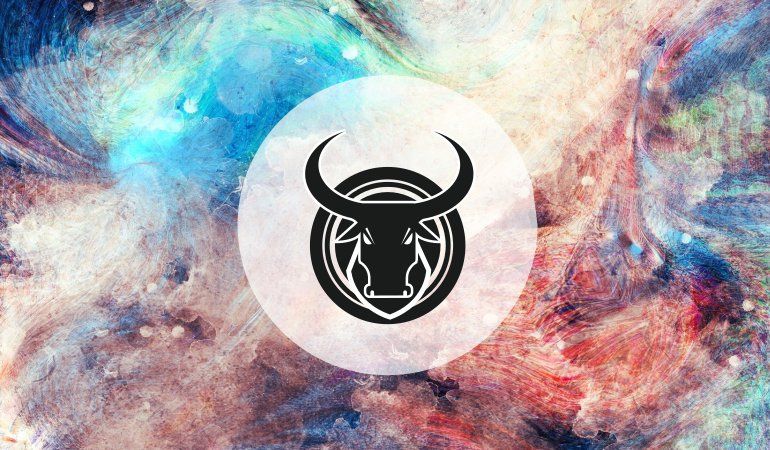 Summer is just around the corner for you, native born in Taurus. After the date of the 13th, you’re going to gain some more balance, and you will what’s in your power to achieve it. Your desires will be expressed, so allow your emotions to speak, as they’re going to transform you.

Betting on unexpected meetings with the friends is going to be accompanied by the loved ones. You have to be surrounded by those you love the most, as summer is going to be a good time when it comes to reconciliation.

You’re going to have the professional business put on hold until May 19th, so you won’t need to request any transfer. You have to ask yourself any question when it comes to being psychologically prepared for any eventuality, as a new work environment is only going to be beneficial in any direction.

Luckily, the eclipses are going to offer you only kindness. In other signs, they’re going to feel much stronger. The planets that will be present mostly in the Eastern sector are going to change their distribution. Continue to create life the same way you want it. Soon, you will have less independence and need to adapt to situations more and more.

As the financial aspect is going to be strong, it will be interpreted as a shock because there will be more wealth than as usual. How things are going to be distributed, and who will get what’s being offered. Everything will happen out of natural means.

For real, there will be some surprises expenses arising in the House, as well as disagreements with relatives and out of financial reasons, and these are going to serve to discovering to the mistakes made thinking about what factors haven’t been taken into consideration when doing calculations.

There will be the solar eclipse, as the name indicates, which is going to affect the Sun, your 4th House Lord, signalling a relocation. The movement will require more power in the 4th House, and so there will be none. On the contrary, it’s going to be more addressed on the family situation, the problems that weren’t addressed in the past time.

There will be a solar eclipse happening joyfully, when the planet Mercury will be in straight motion, as last month was retrograde. Therefore, the judgment and confidence, are going to be stronger, so you’re going to make only the moves that are right.

As soon as the dust is going to settle, you shouldn’t be thinking so much of financial matters because these are going to get better. The eclipse won’t be punishing you, as it will only cause rearrangement and cleaning. The solar eclipse, affecting your 4th House lord, is going to coincide with the planetary shift in your Horoscope’s lower sector.

It will be like the megaphone of the cosmos announcing itself: you will start to remain focused on domestic, home, and family issues, not to mention you’re going to build the most solid base for your home. Allow your emotional life to be in order.

When it comes to love, things aren’t going to be quite perfect, but it’s very likely that you’re going to see some progress starting with the 24th of June. In case you happen to be single, then you’re going to be offered all sort of new chances. And in case you happen to be married, then expect to get more harmony when it comes to your marital relationship.

There will be a lunar eclipse on June 24th that’s going to affect the students, indicating normal and natural college or high school graduation, and signal changes in your academic life, meaning you’re going to change the subject you’re studying or your academic plans.

Your relationship’s balance is going to be based on conversation and the discussions that are constructive and calm. You will have everything you need in order to succeed where you haven’t before. If, in the back of your home, you have had some unusual desire of making a change in your habits, then expect your love life routine to be weighing more.

Since there will be the time for confessions to arrive, then you’re going to have what to say, which will be in black and white. Are there any sins you need to forgive yourself? Be daring. Your partner is going to prefer being frank and not secretive, so you need to be tolerant with his or her love. Your great strides are going to be appreciated.

Around the 15th, there will be an idyll getting born, an idyll that no one is going to like. However, if you become deaf to what others are commenting or are justified, this is only up to what you’re doing. Between passion and pulse, you are advised to go with passion.

June is going to be especially conducive when it comes to being joyful as far as love goes. The natives with someone stable in their life will have a better life not forgetting, for the moment, what difficult it is for them to give themselves to love.

They will have the meeting favored from both a spiritual and sexual point of view. Furthermore, they’re going to be more sensual, and feel as if the magic of love is going to help them experience the happiest encounters. Those natives who aren’t yet in a couple will be radiating with peace, harmony, and relaxation.

This time period is good for making all sort of investments, not only when it comes to money, but also when it comes to the projects that are going to generate some more work in the long run. There will be enough energy for those who are ready to take any new initiative.

What’s important is that you’re not wasting your energy, realizing that what you have longed for is too much. It won’t be recommended that you miss on any opportunity for any change, as you will have a very intense need for security, and you will have to stick to your routine.

You will have a nose playing for business on your side, being good for you if you’re daring to take a risk or two. Instead, other people are going to run into your risks. There will some advantageous astral aspects when it comes to work and the dependency relationship that’s going to bring you all sort of new promotions and benefits, as a thanks for the chance of standing out for being tenacious.

You will also stand out for being creative and for applying in what you’re performing. Other natives, freelancers and professionals, won’t find any obstacle when it comes to developing their business. They will reach all sort of agreements and have a higher clientele expand.

They will gain money from new sources, which will turn their bad time into what they have had some time back. On the 3rd of June, the planet Venus being in conjunction, at the Venus Star Point and over the 2nd House of Taurus, is going to promote being financially organized, starting what you have started from your goals, and making up with your life plans.

In addition, there will the Venus Star Poin in your 2nd House, which will encourage you to analyze alternative income sources or complement the ones you already have. Let’s keep in mind that during the Star Point of Venus, there will be the desire planet in retrograde, and only until the 25th, when its trajectory is going to begin and invite as many natives as possible to work so that they can materialize the ideas they’re having.

However, the Sun remaining in the 2nd House of the Taurus until the 20th, is indicating that there will be chances of receiving all sort of business proposals, benefits from salary, bonuses, and this during June’s 2022 fortnight.

For this time period, there will another astrological aspect to be taken into consideration, and that is the North Node being activated, on the 6th, and as mentioned in the 2nd House. This is a transit that allows financial independency and stability in the short and long-term.

With the North Node in the 2nd House, then it’s indicated that the South Node will be in the 8th House. For Taurus natives, this is showing that the matter should be focused on paying the old debts and being tolerant.

Remember that on the 5th, there will be a penumbral Full Moon eclipse that’s going to happen in the sign of Sagittarius, just in the 8th House of Taurus. This is going to suggest being patient and dealing with all sort of delays when it comes to raising money, managing the wealth of the family, paying the taxes, paying insurance, and stuff like that.

At work, Juno being present on the 6th House of the Taurus, will refer to being materially committed to your workplace and the tasks you have to complete. However, Saturn in retrograde being present in the 10th House is indicating that the native will evaluate all sort of other options available when it comes to his or her professional future.

If June is going to send them positive vibes, then changes should not be accepted, as their health is going to remain positive and stable. Of course, there will be some Taurus fear running away from the transformations imposed by life.

Then, they will have problems with the respiratory tract and the throat. No matter what attitude they’re taking towards life, their attitude is going to matter. In order to remain healthy, it’s important that they do some yoga or dance.

Those born during the sign’s early days need to pay more attention to their health. Saturn’s effects will be reflected when it comes to the physical symptoms they have. More than ever, they will have issues with keeping fluids, digesting foods slowly, and even with nutrition.

In case they are looking for their body posture to be good, they need to do corrective work, such as yoga. Women who are going through menopause are advised to the same if they want their bones to be strong.