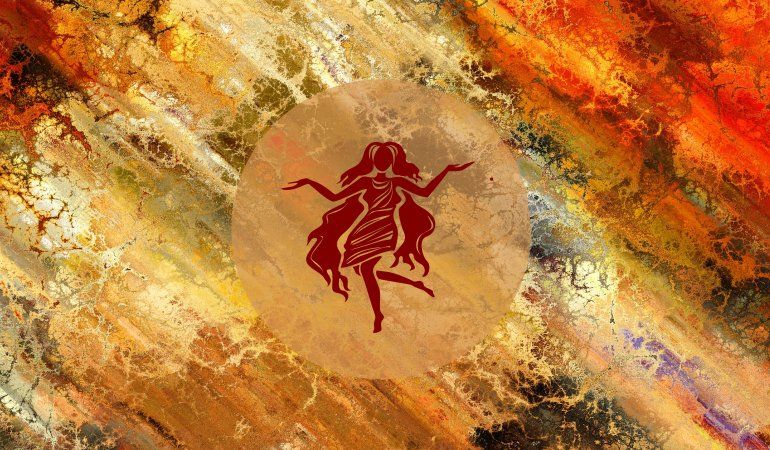 September is the Virgo’s favorite month. As a native of this sign, you’re going to start when the stars will put you first. This will make you the Zodiac’s winner. Changes are going to be noticed starting with the 1st week, when you’re going to carry on with your projects and remain on the track that’s right for you.

With plenty of love, you will have a meeting standing out, and from that meeting further, you will have your life considerably changing. Between opportunities for career and your personal success, the moments are going to be simply beautiful.

By September 21st, your command over your prospects regarding career will be done properly, whereas your ambition will seem incredible. Things are going to be just fine. When it comes to relationships, the native will find balance, and if a few months back, things weren’t won, they will be in September.

The T-square from the sky and that was discussed during the past month is going to continue its effect for the month. The challenge will be to take plenty of time for personal happiness, as well as to meet your superiors and family’s needs, children especially.

If you keep things proportionate, then you’re only going to do yourself good. Just like in August, most planets will be in your chart’s Eastern sector, making your sign stronger. You will still be in the best position for things to happen the way you want them to happen.

In the meantime, you will create the life that you want to create for yourself. Keep in mind that your way remains the best. While professional and family responsibilities are going to somehow diminish your freedom, realize that they are in fact part of this freedom.

You are the one who wanted a profession and a family, so you make these parts of your life more collaborative. For the entire month, your health is going to be good. The planet Mars in Virgo is going to give you some more energy, so your will excel in sports and exercising.

You will have things done fast, not to mention that your self-trust and magnetism are going to increase. Mars in your sing is usually generating some impatience and is pushing you to rush. Remain focused on everything that you are doing. Watch out for your genius, as it’s more alive than ever.

In case you happen to lose some of your temper, then don’t forget that there will be a price to pay for it at a later date. This is a month that involves sensual pleasure and personal fulfilment. Your professional and family responsibility will also help you feel more fulfilled.

Luckily, in spite of the great trine that will be in the element of Air and will last for the entire month, you will also have more of the Earth element in your Horoscope, right until the 23rd. Then, you can make any of your lunatic ideas more feasible and practical. Your virtues will remain popular.

The planetary power was shifted to your chart’s bottom half, so family and emotions’ importance will increases, whereas the one of profession is going to decrease. With the planet Saturn being present in the 10th House the native won’t be capable of completely detaching from profession. However, he or she can, with calm, downplay things and change his or her attention’s proportion.

Finances will be quite strong and this month with be great from a financial point of view. With the retrograde of the planet Mercury in the Money House, it’s recommended that you take some extra care of the ways in which you’re communicating about finances with the people who are about them as well.

Don’t take things for granted. If doubting anything, just as for others to confirm, any time you need a confirmation. It’s important to communicate about finances for this time period. With the planet Mercury being in retrograde, life is going to be complicated.

You might also remain indifferent. Don’t take the dreams you have in the period 24-29th seriously, as the Sun will bring re-stimulation.

In case you are planning to spend time with the family, then it will be as a result of you needing this. Nothing else is going to be motivating for you. You will be in a good mood and motivated by all this, and your own positiveness is only going to bring you the good news. Around you, there will be the family blocking you.

Mid-month, you will be in your best shape. Your relationship will be good, whereas conflicts will end up being a memory in the distance. As soon as you decide to mix things up, then know it will be as a result of you thinking about it.

You will see things clearly, and it will feel great. Will you be open to approaching one of your friends? This is what will happen, and one of your closest friendships is going to become a romance. Get ready for a surprise.

As people are saying, it’s when you least expect it that things are happening. In the month’s first weeks, you will have all sort of love contacts, so you will have sex intensely and frequently. Your passion won’t put an end to the intimate discussions that you will have and bring people together, creating the deepest ties.

The planet Venus is going to be in the sign of Libra at the date of September 16th, confirming the links that have been established in the period from before. The Virgos with no partner will be eager to find one.

They are going to see how their time has arrived for them to be more careful with the way they look and be in their best shape so that they can seduce better. There will be a game in which they will put their seductive skills to work.

Until September 16th, there will be moderate setbacks. It will be urgent for the natives to take the clearest precautions for them to be allowed to cope when it comes to major inconveniences and difficulties.

Not having enough money and all sort of difficult power struggles will make the times harder for them. In conclusion, prudence is going to be essential, as the good deals will appear to be completing and some unexplained delays are going to appear.

Only in the month’s last week, there will be a way out absolutely clear, and the Virgos are going to reach their goals. Those working in a relationship of dependency are going to be protected, as well as recognized because they have all sort of innate capacities.

This is going to help them increase their assets and, most of the time, promise job changes or promotions. It can be said the same for those who are running their own business. For the 2nd fortnight, Virgos are going to have a very powerful planetary support, so they’re going to succeed no matter what they might be undertaking, as well as they’re still very clear about the objectives they want to fulfil.

New and old businesses are going to flourish, whereas business partnerships are going to be the most successful. This time period is also good for investing. Starting with the 5th and until the 27th, the planet Mercury is going to visit the 2nd House of the Virgo and encourage plans for diversifying available resources and consolidating the personal heritage.

With the Sun entering the 2nd House location on the 22nd, there’s the suggestion that the native has set for him or herself some financial objectives, this added to the opportunity of receiving some resources without expecting them. However, the retrograde’s beginning of the planet Mars in the 8th House of the Virgo on the 9th, might lead to some serious conflicts with members of family groups and associates, as well as for all sort of economic reasons.

Avoid being aggressive, cynical, as well as frustrated whenever you are interacting with other people. It’s possible for you to defend your viewpoint and not fall into any provocation. In case your mood doesn’t happen to be conducive, postpone a meeting until the occasion is better.

Juno, the asteroid, entering the 3rd House of the Virgo on the 20th, which is going to be followed by the planet Mercury on the 27th, will speak exactly of the personal trust that you have, as well as of how committed you are to your own ideas.

Your energy is going to depend more on how your relationships are developing, and less on physicality. There will be disagreements as a result of not communicating properly, which will cause imbalances at the emotional level, imbalances that will lead to you consuming too many sweets and fruits.

Make sure you don’t drink or smoke too much either, as this is the major danger for you. Mars in Pisces might also lead you to become dependent on psychotropics and no longer lead a disciplined lifestyle. You will no longer do physical activities and use such drugs too much, so you will risk developing psychophysical imbalances.

Keep in mind that you’re an orderly creature whose most dangerous enemy happens to be excessive medication. As a Virgo, you will know how to be healthy again. In conclusion, during the month of September, you will live serenely and have no fear that something is going to destabilize you.

Practice gymnastics of relaxation, as since you’re going to open to a different lifestyle, your body is going to register a rigidity that’s characterizing you and can cause all sort of discomforts. Enjoy the sun and go for walks in the open air. You will feel complete.