In astrology, Uranus represents the planet of revolution, change and transformation. It influences acts of novelty, unconventional ideas and inventions.

This is also a planet of the masses, of democracy and humanitarian ideals. It may be seen as a planet of freedom of speech and creative expression.

Uranus is also associated with the god of the skies and the heavens and is the ruler of the eleventh zodiac sign, Aquarius.

Its interior contains ices and rocks and its atmosphere is composed of hydrogen and helium. It takes 84 years to orbit the Sun, thus spending about 7 years in each zodiac sign.

About Uranus in astrology

This rebellious planet will govern the freedom loving thoughts of the individual and will provide opportunities for escape from mundane life.

It prepares the individual for surprises and sudden changes in life and may strengthen one’s beliefs, especially when it comes to what sort of goals they want to achieve in life.

It is a planet of things at face value and more clarity, although at times, things may move way too rapidly to be able to be interpreted properly. This is also a planet of physical tension, thus promoting further a need of the individual to break free.

Uranus may also show differences between the native and his or her peers, with a specific focus on points of disagreement. It showcases the unconventional in all relationships.

On the other hand, this planet brings a sense of community and insight into what can bring people together. It can help the individual approach things in new ways, through originality and break from tradition.

Uranus is exalted in Scorpio, meaning its creative and humanitarian efforts are strengthened, weakened in Taurus where erratic behaviors may surface and in detriment in Leo. 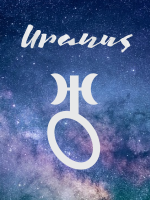 As a planet of change, it will promote flexibility and a better understanding of the individual when transformation occurs, especially by surprise.

This planet helps reveal truths about one self and how one can be useful to their society through constructive change. This is the celestial body of revolution and innovation but this doesn’t come in an instant and without effort.

Uranus may also influence habits and patterns of thought and action and make one more flexible. It can create opportunities by which one can remove themselves from routines and replace the old with the new.

Uranus will aspect a balanced and pleased life and may bring inspiration even in the hardest of times. It is after all, a planet of friendships and cooperation.

Uranus brings surprises and with surprise may come disorientation and misunderstandings. The pressure of making choices all of a sudden can be exacerbated by this planet’s influence.

Whilst freedom and breakthrough in life is what we may all seek, this can also uncover an unstable and permanently dissatisfied nature of the individual.

This planet may also influence how much voice one gives to those around and how influenced you are by what others have to say. Building a foundation on other’s opinions is perilous and will be taxed later in life.

It may also tempt moody and insecure natives with extreme decisions, which appear to offer them the escape they are craving for.